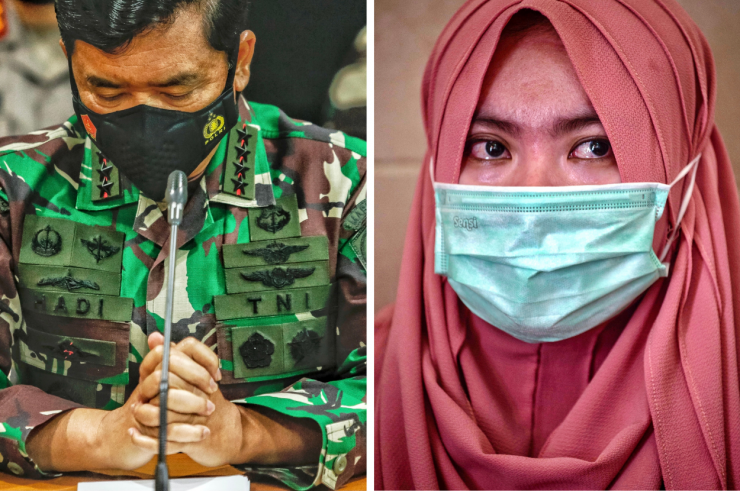 An Indonesian navy submarine that went missing near the coast of Bali last week has been found, broken into three pieces, on the seabed, officials said. All 53 of the crew onboard are confirmed dead.

The KRI Nanggala-402 had just requested permission to dive during a torpedo drill around 3am on Wednesday Apr. 21 when it disappeared.

Ships and aircraft from multiple countries had been working to locate the submarine, and a sonar scar detected a submarine-like object at 850 meters (2,790 ft) beyond the Nanggala’s diving range on Saturday, the Guardian reported.

The same day, officials, who were concerned that the submarine would run out of oxygen on Saturday, said they had found debris from the submarine, including a bottle of grease, part of a torpedo launcher and prayer mats, according to CNN.

The next day, officials said they had received visual confirmation of the wreckage from a Singaporean underwater rescue vehicle, showing that the ship had broken into three parts. Rescuers also found new objects, including a life vest.

“With this authentic evidence, we can declare that KRI Nanggala-402 has sunk and all the crew members are dead,” officials said.