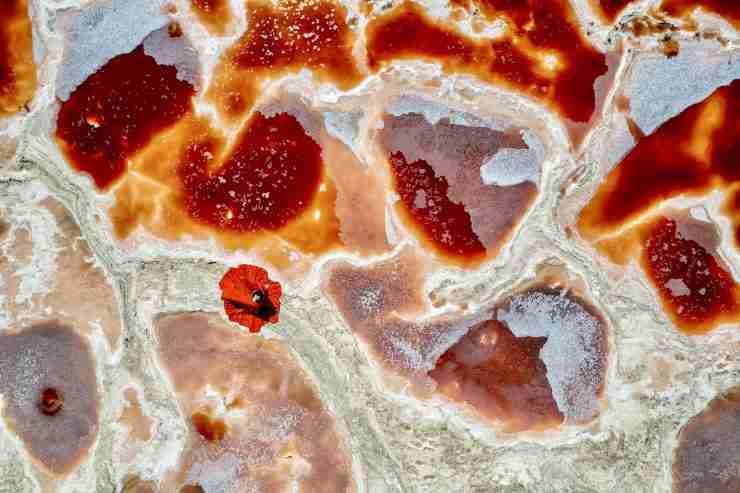 Deemed ‘the heart of the earth’, Ulaan Lake in Inner Mongolia, an autonomous region of China, is naturally red in color. It is named after the Mongolia word for red – “ulaan”.

Ulaan Lake can only be seen as red in colour mostly during the hotter months, such as July and August, when precipitation is low and the water level in the lake drops, increasing the concentration of either the metal ions in the lake or the bacteria, and thus making the red colour seem more prominent.

The reason for the lake’s unique appearance is still unclear, and geological experts have developed two possible explanations – one, that the lake water contains metal ions that show in a different color, and two, that the water has salt-resistant bacteria that change the lake’s color with the seasons.

In 1995, the lake completely dried up before it was slowly replenished by the Onggi River in the summer of 2011 after melting snow from the Khangai Mountains fed the river. While it is not at full capacity as of yet, it is currently over 2 meters deep, which is only one quarter of its original depth. Efforts to restore the lake’s ecosystem by conservation groups are ongoing.

Ulaan Lake cannot be found on the map as a body of water and is located in an area with no signal nor internet.