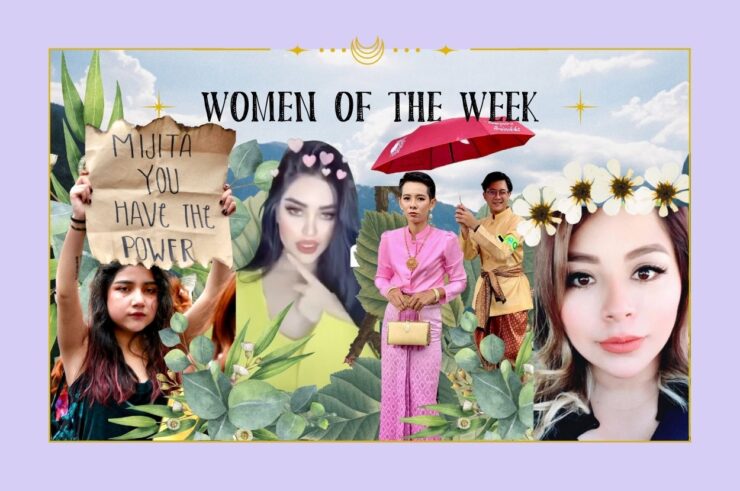 This week, women called for an end to femicide in Mexico, protested against the monarchy in Thailand and spoke up for LGBTQ rights in Iran.

Here are some of the inspiring women you should know about this week.

The 25-year-old dressed up like the Thai queen and took part in a satire fashion show to protest the Thai royal family’s expenses. She was sentenced to two years in prison for “mocking” the monarchy.

Women in Mexico held a protest to demand justice for Ingrid Escamilla, a 25-year-old woman who was murdered, after her alleged murderer was still not sentenced after 25 hearings.

31-year-old Zahra Seddiqi Hamedani – known as Sareh – and 24-year-old Elham Choubdar spoke up for LGBTQ rights on their social media. They have been sentenced to death.