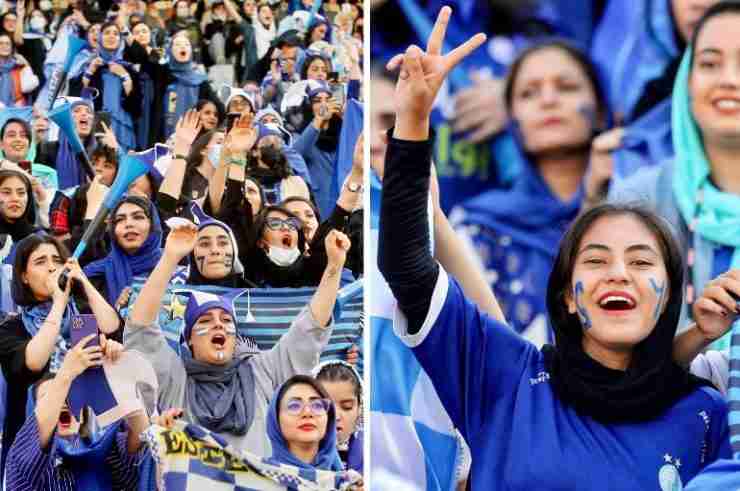 Women in Iran were officially allowed to attend a domestic soccer match for the first time in more than 40 years, according to state media.

About 500 women attended the game at Azadi Stadium in Tehran on the evening of Thursday Aug. 25.

Women in Iran rarely attend sporting events because they are often refused entry due to an unwritten rule that banned them from stadiums introduced shortly after the 1979 Islamic Revolution.

Iranian women were allowed inside a football stadium for the first time in 2018, joining men in a stadium in Tehran for a live screening of the World Cup game between Iran and Spain.

In 2019, they were allowed to buy tickets and attend a match for the first time, joining men for the country’s 2022 World Cup qualifier match.

That change had come a month after a woman died from setting herself on fire to protest the ban.

The 29-year-old woman, Sahar Khodayari, also known as Blue Girl, was facing a possible jail sentence for sneaking into a soccer match earlier in the year.

Following an international outcry, FIFA, soccer’s governing body, ordered Iran to allow women into stadiums without restrictions and in numbers determined by demand for tickets.

Seated separately from the men, the women waved flags and chanted “Blue Girl” in tribute to Khodayari, CNN reported.