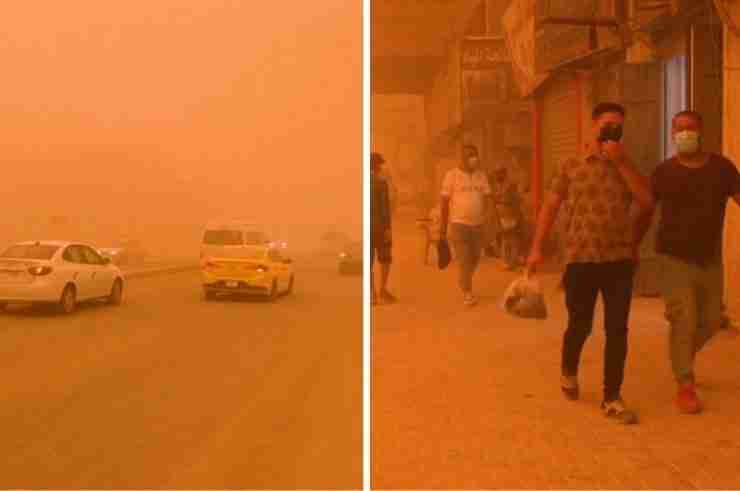 Iraq has been hit by its eighth sandstorm since mid-April, leaving at least 4,000 people hospitalized for respiratory problems.

Authorities closed schools and offices for the day on Monday May 16 as an orange haze of dust and sand clouded Baghdad and southern cities.

Flights were also suspended at other several airports, including Baghdad airport, due to low visibility.

The last sandstorm that happened earlier in May caused the death of one person and 5,000 others to be treated in hospital for respiratory problems, according to FRANCE 24.

Dust and sandstorms have always occurred in the Middle East, but they have become more frequent and intense in recent years.

Experts say this is due to record-low rainfall, desertification and climate change, Al Jazeera reported.