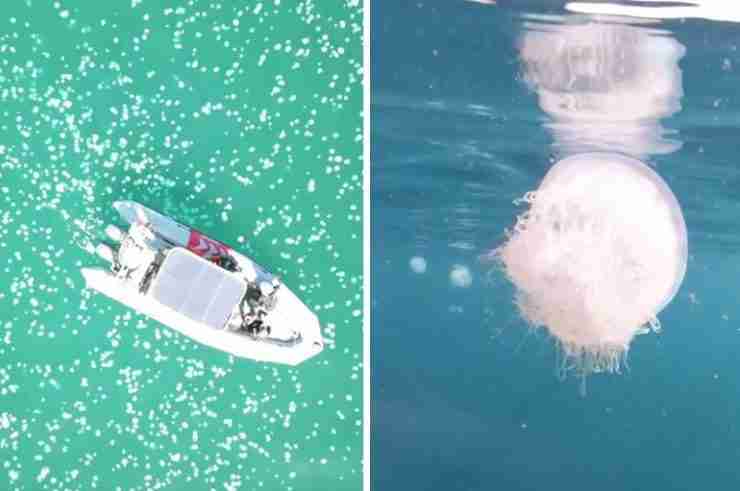 Massive swarms of jellyfish are appearing on the coast of the northern Israeli port city of Haifa due to rising sea temperatures from global warming.

Aerial footage showed boats densely surrounded by white spots, which are all jellyfish.

Guy Lavine, a marine ranger with the Israel Nature and Parks Authority, told Reuters the rising temperature of the water has a direct impact on the number of jellyfish, which flourish at higher temperatures.

The jellyfish have been causing damage by competing with other marine life for food and habitats, clogging in power and desalination plants and industrial fishing nets, as well as driving tourists away.

Authorities said that the decrease in swimmers and tourists who are afraid of being stung by the jellyfish leads to a loss of US$10 million in tourism revenue a year, according to Reuters.