More than 205 Palestinians have been injured in clashes over the weekend in Jerusalem after Israeli police fired rubber bullets and stun grenades at Palestinian protesters demonstrating against Israeli plans to evict several Palestinian families from homes on territory claimed by Jewish settlers.

More than 205 Palestinians have been injured in clashes over the weekend in Jerusalem after Israeli police fired rubber bullets and stun grenades at Palestinian protesters demonstrating against Israeli plans to evict several Palestinian families from homes on territory claimed by Jewish settlers.

The clashes have been occurring every night in the Sheikh Jarrah neighborhood in East Jerusalem, where the families are facing potential eviction in a long-running legal case, according to Reuters.

Violence erupted on Friday May 7 at Al-Aqsa Mosque, where worshippers had gathered for weekly prayers amid a heavy Israeli police presence.

Videos showed Palestinian men throwing chairs, shoes and rocks at officers, who retaliated with stun grenades and rubber-coated bullets, according to the Guardian.

Jerusalem has been seeing its worst unrest in years since the beginning of Ramadan more than three weeks ago, Bloomberg reported.

Tensions escalated after Israel placed restrictions on Palestinian access to the Old City during Ramadan, which was later lifted. However, protests restarted with the announcement of the potential evictions.

On Sunday, Israel’s Supreme Court delayed the eviction decision for 30 days after the attorney general requested more time, in part due to the tensions it has caused, according to the New York Times.

The families’ plight has “become emblematic of a wider effort to remove Palestinians from parts of East Jerusalem and of the past displacements of Arabs in the occupied territories and within Israel,” according to the New York Times.

Hundreds have been injured and more than 50 hospitalized, the New York Times reported, citing a Palestinian Red Cross representative.

The US, Europe and the UN have appealed for calm.

However, tensions are likely to continue as hardline Israeli nationalists are scheduled to celebrate “Jerusalem Day” on Monday, which marks the anniversary of when Israeli troops captured East Jerusalem and the Old City, VICE News reported. 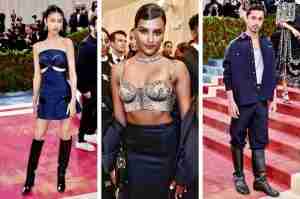