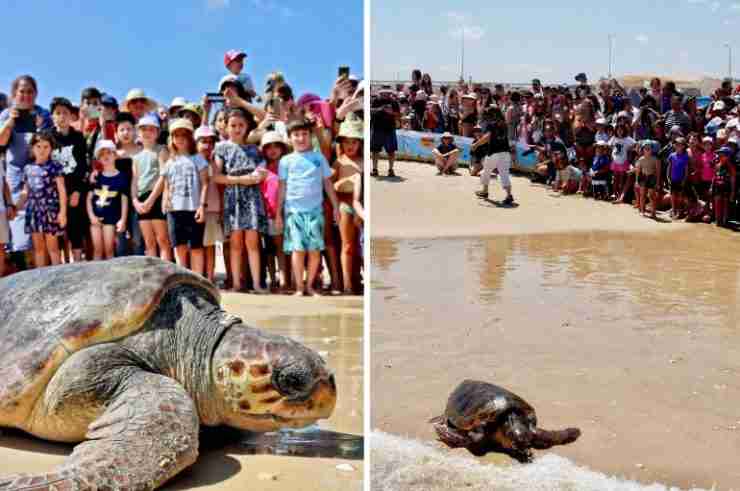 17 sea turtles have been released back to the Mediterranean Sea on Friday July 8 after months of rehabilitation in Israel.

They had suffered from various physical trauma, which were likely caused by underwater explosives, as reported by AP.

In the rescue center north of Tel Aviv, they were first fed antibiotics and fluids and then put under intensive care for months.

After the biologists were certain the turtles had been fully nursed back to health, they cleaned, measured and weighed the turtles before releasing them back to the wild.

Some sea turtles had GPS tracking devices glued to their shells so scientists can continue studying their behavior and monitoring their locations, according to AP.

Cheered on by crowds, the turtles slowly made their ways back to the ocean.

The center has rescued more than 1,000 sea turtles since its establishment in 1999, according to Xinhua.

The majority of sea turtle injures are caused by human fishing and marine litter, which can cause turtles to get entangled in fishing gear, accidentally ingesting marine plastics and caught in tar emissions, Yaniv Levy, the head of the center, told Xinhua in June.

Levy said the released sea turtles will possibly travel through the coast of many countries, including Lebanon, Syria, Turkey, Cyprus, Greece, Tunisia, Libya, as well as Italy and France.