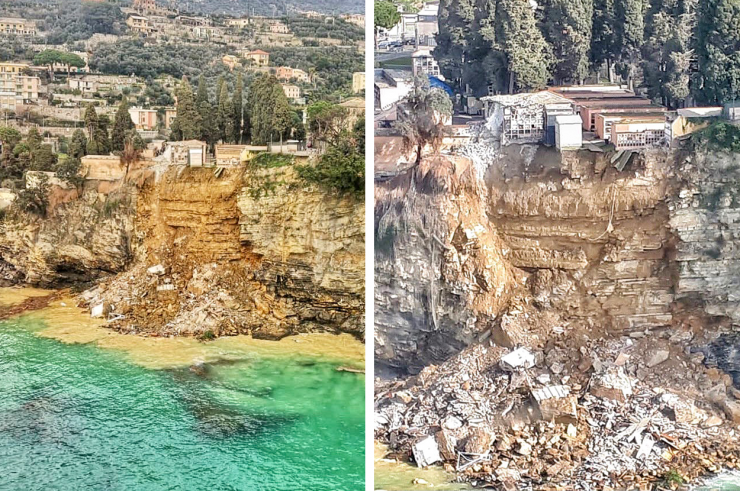 A landslide that occurred on the coast of Italy near the village of Camogli, near Genoa, on Monday Feb. 22, has swept an estimate of about 200 coffins into the sea.

The Camogli cemetery, which was built more than 100 years ago, is situated along an area near rocky seaside cliffs, according to CNN.

Nearby workers captured video footage showing the cemetery walls shaking and beginning to crack prior to the collapse.

Images taken after the cemetery broke apart showed that debris and several coffins had been dragged into muddied waters. The village mayor called it an “unimaginable catastrophe.”

Scuba divers have retrieved 12 coffins by Wednesday Feb. 24, but many coffins remain buried under the debris of the landslide, according to the BBC.

Officials have blocked the coastal area below the cemetery to keep the coffins from floating out to sea. Divers, coast guard boats, and firefighters have been assisting in the search for the lost coffins and bodies.

The incident has prompted outrage from relatives of those who had been buried in the cemetery, who said that it was a negligence by local authorities. People also showed concern in the lack of infrastructure maintenance.

Prosecutors in Genoa have since launched an open investigation into the collapse.