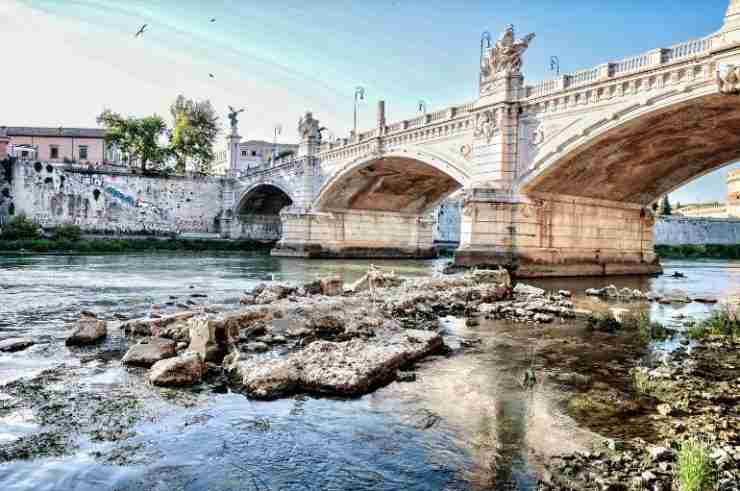 Italy has been suffering from its worst drought in 70 years, putting much of the country’s North in a state of emergency.

Extreme heat is causing rivers and reservoirs to dry up, including the Po, Italy’s longest river, which runs through major northern regions that are responsible for about a third of the country’s agricultural production, according to the New York Times.

Water levels in the Po dropped about 75% earlier in July, according to The Globe and Mail.

In Rome, the Tiber River reached its lowest water level in years, exposing the ancient ruins of a bridge believed to have been built by the Roman Emperor Nero, which are usually submerged.

On July 3, a glacier in the Italian Alps collapsed during record high temperatures from heatwaves, killing at least 11 people, an incident that scientists have attributed to climate change.

Five northern regions have declared a state of emergency, with several implementing water restrictions, such as shutting off tap water at night and banning people from washing cars and watering gardens, to save water.

Farmers have been hard hit. Olive oil, risotto rice and tomatoes supplies are all under threat, according to the Guardian.

“We know from studies on climate change that in recent decades, the northern regions along the Alps have been increasingly dry during the winters, rain has become scarcer even in the spring, while temperatures are higher,” Massimiliano Pasqui, a climate change expert at Italy’s National Research Council, told the New York Times. “This year, we arrived at a situation where these three elements combined at the same time to produce this extreme drought.”