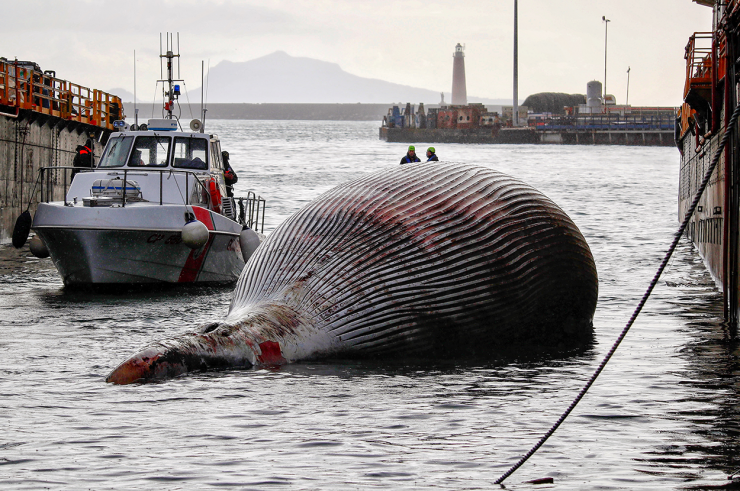 A massive fin whale carcass has been recovered off the coast of Sorrento in southern Italy on January 17. It is believed that this is one of the largest specimens ever to be discovered in the Mediterranean.

In a release, the Italian coastguard said they found the carcass after being alerted about a young whale in distress, which then led them to the adult fin whale submerged in the water.

Coordinated by the Maritime Directorate of Naples, a major operation to recover the 70-tonne carcass began that lasted for over two days. Two patrol boats were involved in moving the animal to land, before the carcass was then towed to the port of Naples, where it arrived on Wednesday.

The Italian coastguard tweeted that a post-mortem is being carried out by marine biologists and tother experts who will look into the cause of death.

“Its death is a mystery, although it may have fallen victim to measles, which whales are vulnerable to when pollution lowers their immune systems,” a spokesperson from the whale-monitoring charity Tethys, told The Times UK.

There are also plans to display the huge skeleton in a museum in the future.

Now, the coastguard is also monitoring for further signs of the young whale calf after it disappeared back into the sea once it had let the Italian coast team to the carcass.

Of all the species of great whales, fin whales are the second largest species, growing to more than 24 metres in length and being able to weigh as much as 72 metric tons.