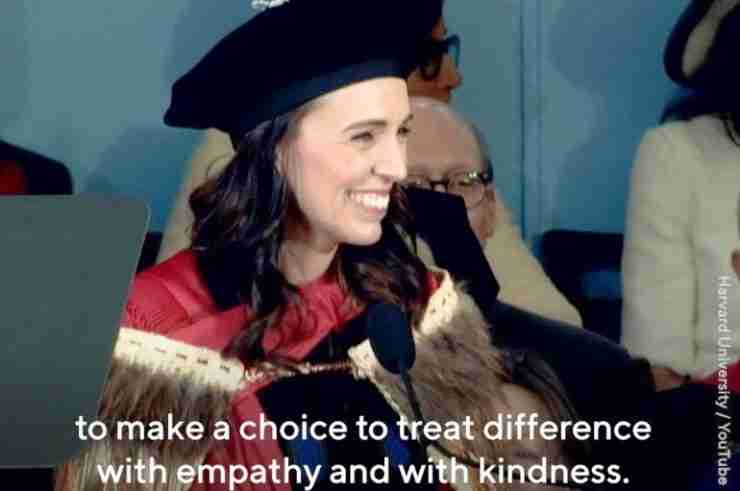 New Zealand’s Prime Minister, Jacinda Ardern, received a standing ovation as she discussed democracy, gun reform and disinformation during her commencement speech at Harvard on Thursday May. 26.

In light of the recent Texas school shooting, which claimed the lives of 19 children, and the overturning of abortion rights in the US, Ardern’s reference to New Zealand’s journey of banning semi-automatic rifles following the Christchurch terrorist attack that killed 51 people and the decriminalization of abortion received two standing ovations from graduates and staff.

Ardern pointed out that New Zealand’s achievement were possible because of the debate and dialogue from democracy.

However, she warned about the fragility of democracy in the era of disinformation, partly blaming social media and big-tech companies for the radicalization of individuals.

“The time has come for social media companies and other online providers to recognize their power and to act on it,” Ardern said.

She provided the example of the 2019 Christchurch mosque shooting, where New Zealand investigators had found the shooter was radicalized online and created the Christchurch Call to Action, which called for collective efforts from governments and online service providers to address extremist and abusive content online.

At the end of her speech, Ardern stressed the role everyone has as individuals when interacting online and receiving information.

“In the overwhelming challenges that lay in front of us, in our constant efforts to reach into the systems, the structures, the power, don’t overlook the impact of simple steps that are right in front of you… To make a choice to treat difference with empathy and kindness,” she said.

“The issues we navigate as a society will only intensify. The disinformation will only increase. The pull into the comfort of our tribes will be magnified,” she said. “But we have it within us to ensure that this doesn’t mean we fracture.”