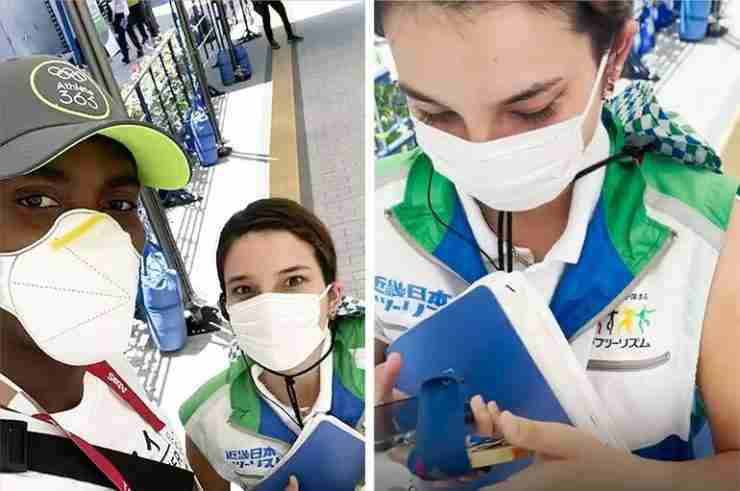 Jamaican track athlete Hansle Parchment was on his way to compete for the semi-finals of the men’s 110 meter hurdles at the Tokyo Olympic Games when he accidentally got on the wrong bus and ended up at the Tokyo Aquatics Center instead of the Japan National Stadium for his event.

With no direct alternative routes that would get him to the event on time for a proper warm up, the 31-year-old Olympic hurdler asked a nearby volunteer, Trijana Stojkovic, for some money for a taxi.

She agreed and he ended up placing second in the semi-final, thus securing his spot in the finals, which he then went on to win.

“I saw this volunteer and I had to beg… and she actually gave me some money to take one of the taxis,” he said in a video on his Instagram. “And that’s how I was able to get to the warm-up track at the stadium, and with enough time to warm up to compete.”

A day after winning the gold medal race, Parchment retraced his steps and found Stojkovic to thank her and pay her back for the cab fare.

In the same video, Parchment can be seen showing her his gold medal as well as gifting her a Team Jamaica polo shirt while telling her, “You were instrumental in me getting to the final that day.”

The story went viral on social media, with Jamaican Prime Minister sharing the video on Twitter and praising Stojkovic’s act of kindness.

Jamaica’s Minister of Tourism has also invited the Good Samaritan to visit the country.

“No matter where in the world she is, we want to reciprocate the kindness shown to one of our own,” he said.