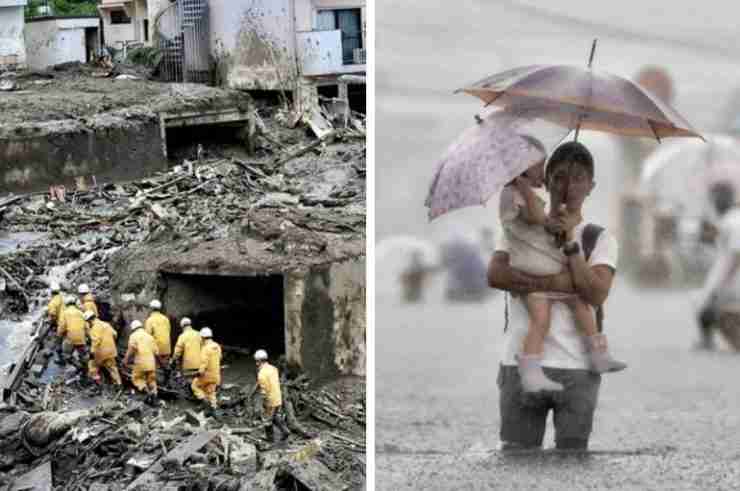 A level 4 warning, which is an evacuation order, has also been placed across 17 other prefectures, affecting more than four million people.

A 59-year-old woman was killed when a landslide, flushing away two houses, struck Unzen in the Nagasaki prefecture. Her daughter and her husband are still missing.

Another five people were swept away by a landslide in Okaya in the Nagano Prefecture on Sunday morning. Two were rescued and three were confirmed dead.

Water levels have not ceased to rise in several areas.

The front is predicted to stay over the country until Friday Aug. 20, NHK reported.

Japan’s meteorological agency urged people to remain vigilant against the possibility of more landslides, floods and inundation of low-lying areas.