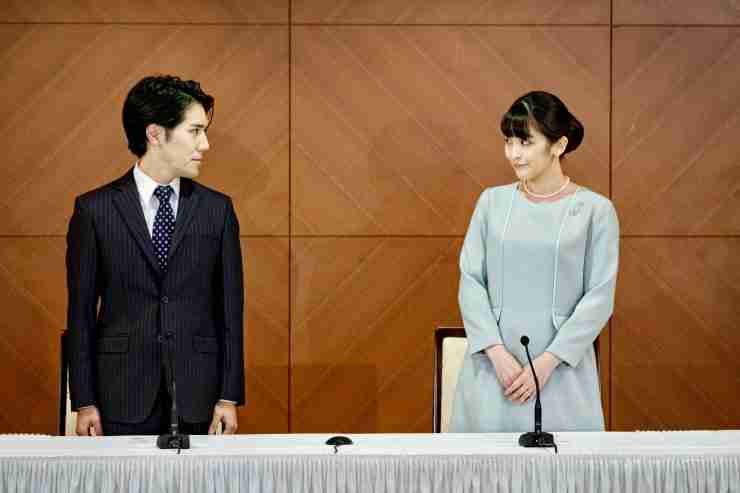 Japan’s Princess Mako, niece of the current emperor, has given up her royal status and married her college sweetheart Kei Komuro at a registry office in Tokyo on Tuesday Oct. 26.

Facing widespread opposition, the princess turned down a dowry of 152.5 million yen ($1.3 million), given to women who renounce their royal status, in an effort to appease the public, which has questioned her choice following a financial scandal around Komuro’s mother.

The couple’s engagement four years ago faced public disapproval and a tabloid frenzy following reports his mother failed to pay back 4 million yen ($36,000) to an ex-boyfriend.

Although Komuro disputed this in a 28-page document stating the money was a gift and he would pay it back to resolve the dispute, the public remain distrustful of his family.

When he returned to Japan last month after completing his studies in New York sporting ponytail, the public condemned it “disrespectful,” the Guardian reported.

There were also reports a royal court official ridiculed his outfit choice – a pinstripe rather than a solid black or navy suit – for meeting his future in-laws.

Due to years of criticism, the palace has disclosed the princess is suffering from post-traumatic stress disorder.

“There was truly unilateral speculation. I felt fear about such spread, and I felt saddened as well,” Mako said at a press conference after the subdued wedding.

To avoid accusations of wasting taxpayer’s money, the couple rented the room for the briefing and answered just five questions submitted in advance.

“I acknowledge there are various opinions about our marriage. I feel very sorry for the people to whom we gave trouble. I’m grateful for the people who have been quietly concerned about us, or those who continued supporting us without being confused by baseless information,” Mako said.

“To me, Kei is a very important, indispensable existence,” she said.

“I love Mako. I would like to spend my one life with the person I love,” Komuro said.

They will now move to New York, where Komuro works for a law firm.