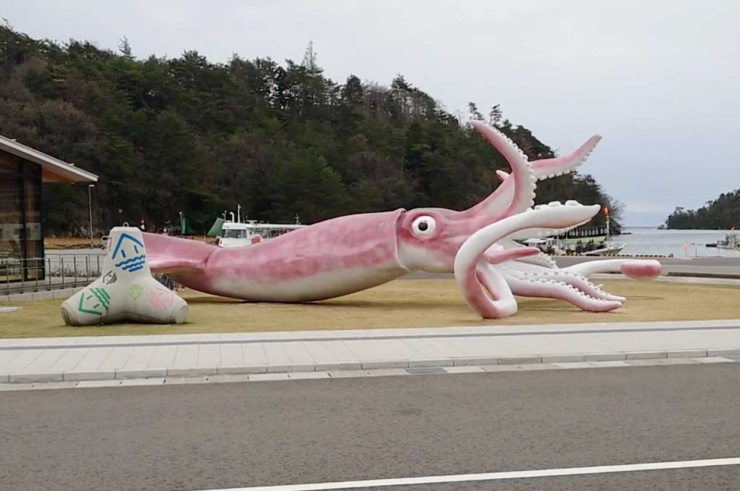 Noto, a coastal town in the Ishikawa prefecture of Japan, has recently come under fire after it used emergency COVID-19 funds to build a giant squid statue.

Noto had been awarded 800 million yen ($7.31 million) as part of the government’s 4.5 trillion yen stimulus package to assist regional areas and boost local economies with the effects of the pandemic, according to local newspaper Chunichi Shimbun.

The fishing town spent 25 million yen ($229,000) of that money to build a 13-meter long pink and white “flying squid”, which is a local delicacy in Noto, in an attempt to promote tourism and help the area’s economy.

Construction began in October 2020 and finished in March.

The fund provisions did not state it had to be used directly on COVID relief, with local officials touting the giant cephalopod attraction as part of a long term strategy to raise awareness about the town’s local offerings and fishing industry.

Japan is battling its fourth wave of COVID-19, with the most recent surge placing Tokyo under its third state of emergency, just three months ahead of the Olympics.

More on COVID-19 in Japan