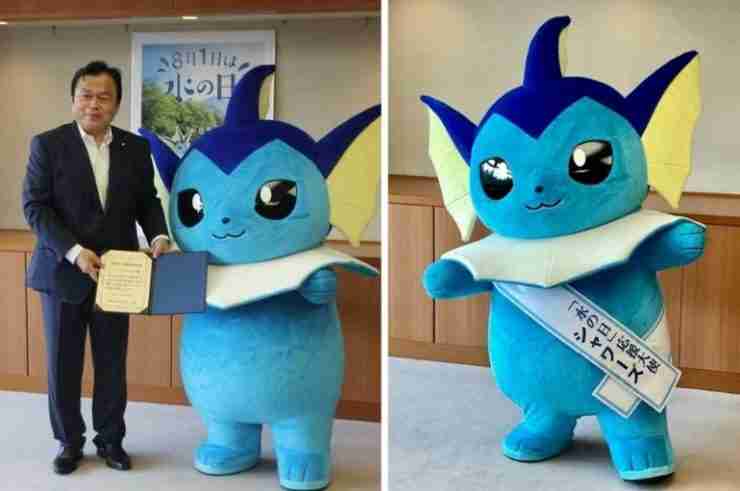 Water type Pokémon, Vaporeon, has been appointed by Japan’s government as the official ambassador for Water Day.

Vaporeon was inaugurated for the role by Japan’s Minister of Land, Infrastructure, Transport and Tourism on Monday July 19.

In the role, Vaporeon will be helping to raise awareness of water resources and conservation on the annual day on August 1.

Vaporeon is also featured on the poster for Water Day and will help to spread the message about conserving water through its ability to store water.

Vaporeon is the water-type evolution of the Pokémon Eevee. Its body cell structure is similar to water molecules so it can hide as if it were dissolved in water, Yahoo Japan reported.

The news was shared on Twitter by Mondo Mascots, an account that shares photos of the various different mascots in Japan.

People thought Vaporeon was the perfect pick for the job.

Even the CEO of Pokémon Co. wished Vaporeon success in its new job.

“Vaporean’s body cell is similar to those of water molecule so he prefers to be around clean water. I look forward to your success as an ambassador for Water Day,” he said.