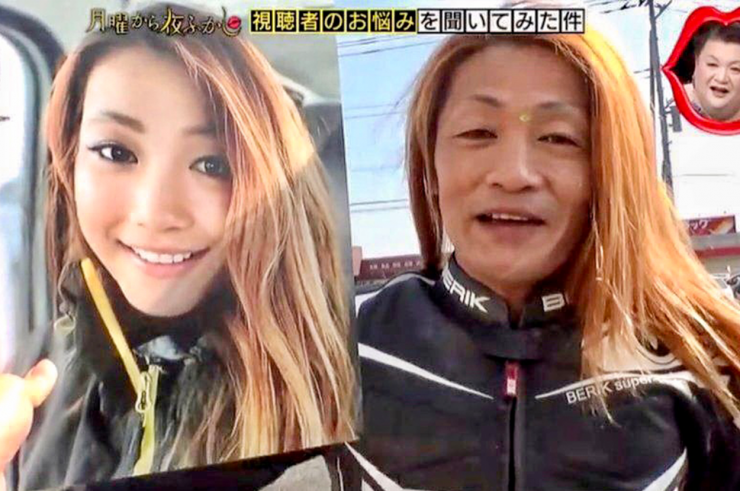 A young woman biker with thousands of Twitter followers has been revealed to be a 50-year-old man who uses FaceApp, a photo editing tool, to drastically change his appearance.

The Monday Late Show, a popular Japanese variety show that discusses various hot topics across the country, exposed the true identity behind the Twitter star @azusagakuyuki.

The man behind the account, named Zonggu, has admitted to using photo editing apps, such as FaceApp, to create the new identity. Zonggu told the TV program that he created this persona to gain popularity on social media and believed people would rather see posts by a “younger beautiful woman” than an old “uncle,” BBC reported. “If a girl like her existed, anybody would go crazy for her, right?” he said, according to VICE. While his face has been altered entirely, the glossy mane remains all his.

Before the reveal on the TV program, Twitters users had noticed details in the photos that don’t add up to the biker’s appearance, like a hairy arm and a mirror reflection of a different face. Zonguu then hinted at his grand reveal in a tweet that said, “Hey, check out tonight’s Monday Late Show.”

After his reveal on the show, he received mostly positive reactions from his 19,000 followers.