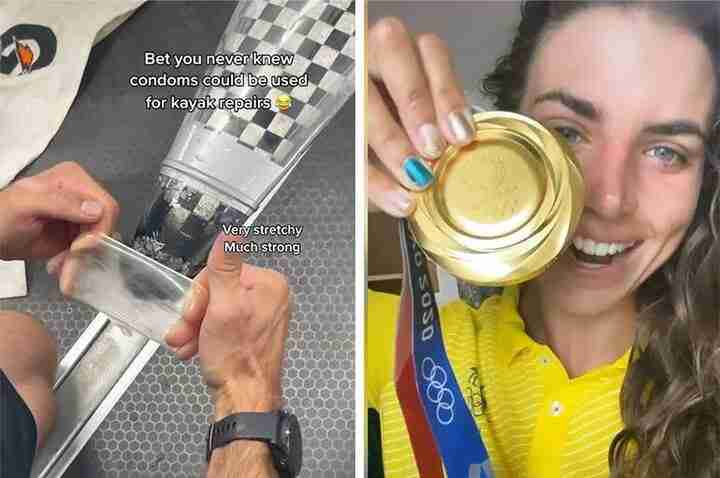 Australian canoeist Jess Fox has shared an ingenious repair for her kayak after it was damaged ahead of the canoe slalom K1 finals at the Olympics – using a condom issued by the Olympics.

A video posted on her TikTok shows someone applying a carbon fiber mixture to the nose end of her kayak and then slipping a condom over it to hold it in place.

“Bet you never knew condoms could be used for kayak repairs,” Fox, 27, wrote as a caption. “It gives the carbon a smooth finish!”

Fox took home the bronze medal in the women’s K1 final before she won a gold at the inaugural women’s C1 canoe slalom event two days later. The seven-time World Champion is the most decorated paddler in history.