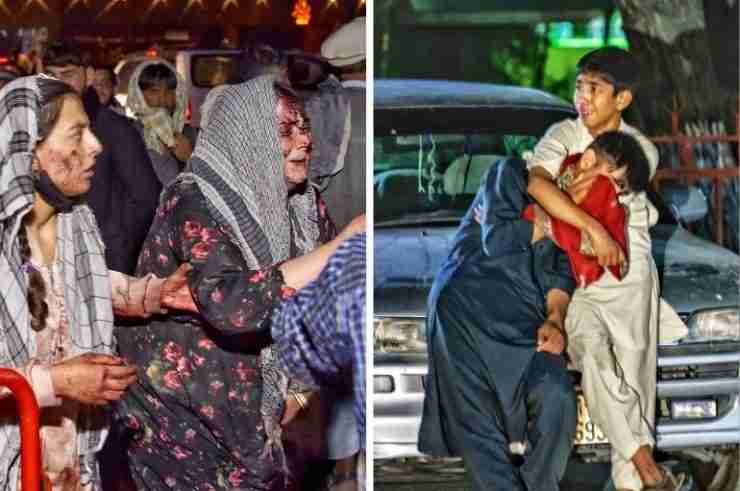 Officials said the initial blast, a suicide bombing, struck the airport’s Abbey Gate, followed by an assault by gunmen.

Another bomb then went off at a hotel outside the airport, according to the Wall Street Journal, which reported 103 people died.

Estimates of the number of victims have differed, but most were civilians, who had been seeking to flee the country following the Taliban’s takeover.

Witnesses described seeing bodies of victims scattered around a canal outside the airport where thousands of Afghan civilians had gathered to try to leave the country.

Thirteen US service members were killed, making it the deadliest day for US troops in more than a decade and the first US military deaths in the country since February 2020.

The Islamic State Khorasan Province (ISIS-K), an Afghan offshoot of ISIS, has taken responsibility for the attack.

US president Joe Biden said on Thursday evening that he was heartbroken by the violence, vowing to retaliate while continuing to evacuate Americans out of the country.

“We will not forget,” he said. “We will hunt you down and make you pay.”

The Taliban spokesman also condemned the attack. At least 28 Taliban members had been killed in the attacks, Reuters reported.

ISIS-K, founded in 2015 by a Pakistani Taliban member, is “smaller, newer and embraces a more extreme version of Islam than the Taliban,” according to the New York Times.

ISIS-K is an enemy of the Taliban and has denounced the Taliban’s takeover of Afghanistan, saying that its interpretation of Islamic rule was “insufficiently hard line,” the New York Times reported.