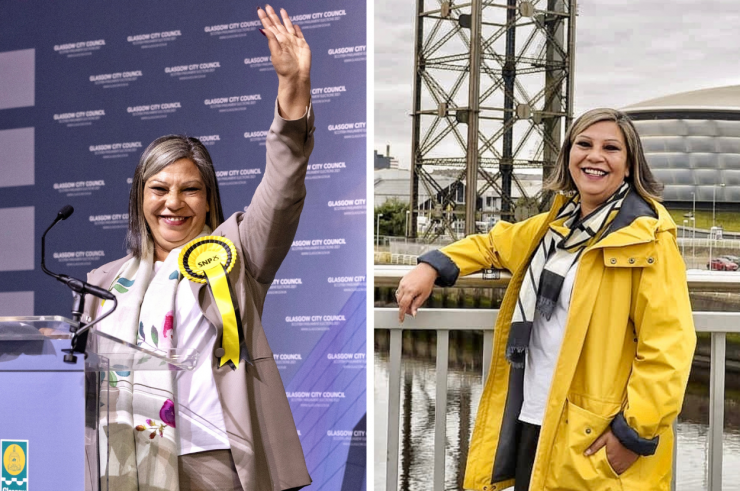 Kaukab Stewart, a member of the Scottish National Party (SNP), made history on Saturday May 8 after she became the first woman of color to be elected to join the Scottish Parliament in its 22-year history.

Stewart, a 53-year-old former teacher who is a Muslim and of Pakistani descent, and will be representing Glasgow at Holyrood.

“Party politics aside, this is a special and important moment,” Scottish first minister Nicola Sturgeon tweeted after Stewart’s win. “I could not be prouder right now.”

Later on in the day, Pam Gosal, who is from an Indian Sikh background, was elected as a Conservative MP for the West of Scotland region.

Gosal, a businesswoman, said it was a “privilege” to be the first woman Member of the Scottish Parliament (MSP) from an Indian Sikh background, adding that “we have certainly made history.”

Prior to the 2021 election, there were a total of four MSPs of color, all men of Scots-Pakistani heritage, according to the BBC.