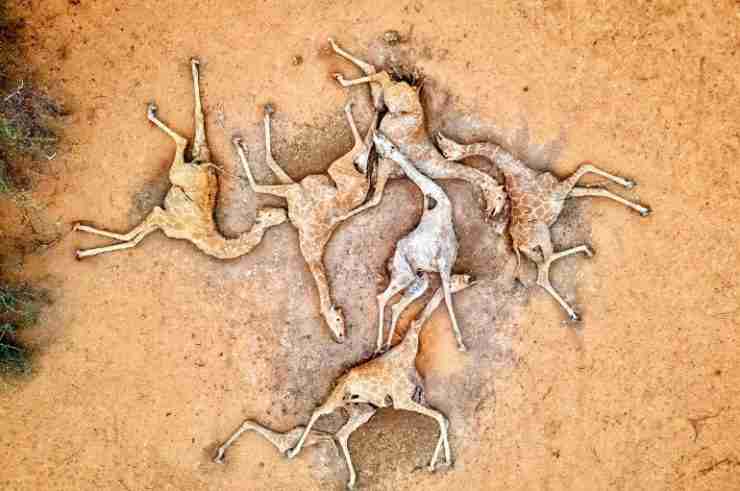 A photo of six giraffes that died trying to access water in Kenya has captured the devastating effects of an ongoing drought in the country.

The six giraffes had already been weakened by the lack of food and water and died after they got stuck in the mud when trying to reach a nearby reservoir that was already nearly dried up, according to Getty Images, which published the photo.

During the past year, Kenya has been experiencing a severe drought as a result of several seasons of poor rainfall, leaving millions of people struggling for food and water.

Since September, several areas of Kenya’s north received less than a third of its normal rainfall, with some recording their worst rainfall in decades, the United Nations said on Tuesday Dec. 14.

An estimated 2.1 million people are now facing starvation, according to Kenyan officials, and almost half a million children in northern Kenya are suffering from acute malnutrition.

Wild animals and livestock are starving to death, with 4,000 giraffes at risk of dying and cattle becoming too thin to get milk from and to be sold.

2.9 million people are in need of urgent humanitarian assistance, according to the UN.

Kenya’s president declared the drought a national emergency in September.

Experts are warning the drought, which began in December 2020, may last until at least half way through next year.