Edwin Chiloba, a Kenyan fashion designer and LGBTQ activist, was found dead by the roadside, bringing attention to LGBTQ violence in the country once again.

Edwin Chiloba, a Kenyan fashion designer and LGBTQ activist, was found dead by the roadside, bringing attention to LGBTQ violence in the country once again.

Chiloba’s body was found inside a box by the street on Wednesday Jan. 4.

Police have detained a friend of Chiloba, 24-year-old photographer Jackton Odhiambo, as a suspect, but no motive has been revealed.

According to witnesses, a car with an unidentified license plate had dropped off the box holding the 25-year-old’s body.

People then reported a foul smell coming from the box to the police, who upon opening it found Chiloba, dead, wearing a woman’s dress.

Described as “an amazing human being” and an “iconic fashion designer”, Chiloba constantly fought for inclusivity.

News of Chiloba’s death has worried human rights organizations about the escalating violence against LGBTQ Kenyans.

“This is a frightening crime but it’s becoming common in Kenya – evidence of a growing epidemic of violence in the country,” the Kenya Human Rights Commission wrote on Twitter.

Last April, people in Kenya demanded justice for Sheila Lumumba, a 25-year-old non-binary lesbian hospitality worker, who was allegedly gang-raped by six men and murdered in her home.

More On LGBTQ Rights In Africa 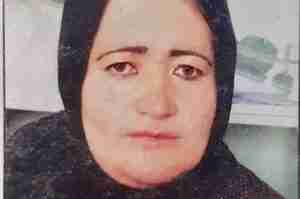