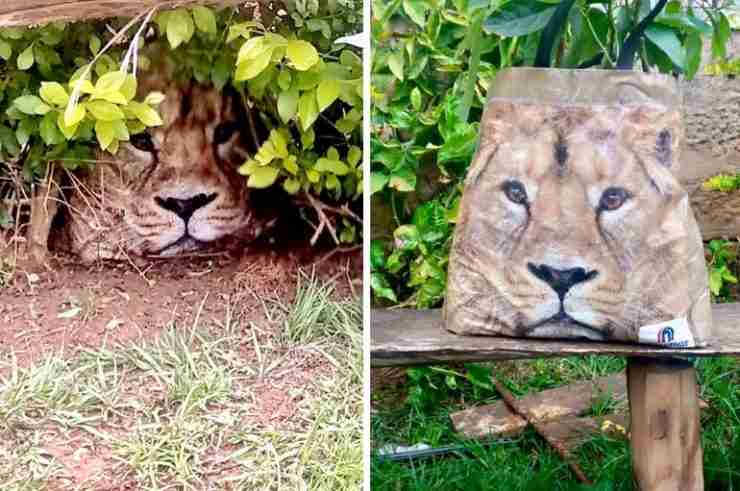 Residents living near Mount Kenya National Park in central Kenya were shocked and panicked when they thought they spotted a lion hiding in a bush on Thursday May 5 and immediately called the Kenya Wildlife Service for help.

The rescue team rushed to the scene heavily armed. Surprisingly, the lion turned out to be a shopping bag with a realistic lion face printed on it.

“In an interesting turn of events, we received numerous reports from locals at Kiangua location, Meru County of a lion hiding in a hedge,” the Kenya Wildlife Services said. “On arrival, KWS rangers were astonished to find out that the ‘alleged lion’ was a lion printed carrier bag.”

The bag had been placed in the hedge by a local homeowner, and rangers said the bag had been filled with avocado tree seedlings, making it look full and leading residents to mistake the carrier bag for a lion’s head.

Despite the misunderstanding, officials have praised the public for raising an alarm in order to mitigate a possible emergency.

They also encouraged people to visit the National Park to see the wildlife the park has to offer.