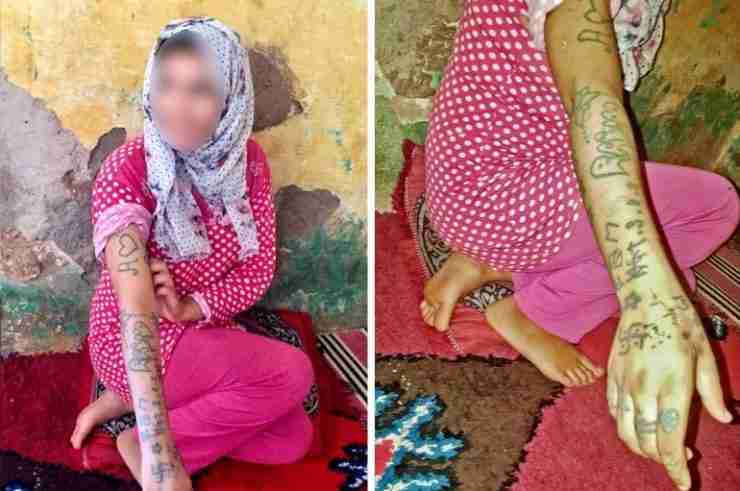 Eleven men in Morocco have each been sentenced to 20 years in prison for kidnapping and gang-raping a teen girl in 2018.

Khadija Okkarou, then 17 years old, from Oulad Ayad, said that she was kidnapped by a group of men in June 2018 and held for two months, when they raped and tortured her, covering her body with tattoos that included a swastika, a naked woman and the name of one of the men.

The men returned her to her family on Aug. 17 on the condition they don’t go to the police.

Okkarou decided to go to the police anyway and made the case public.

“I call on all girls to be brave. We girls are strong and we must stay strong,” she told AFP after attending a hearing at a court in the central city of Beni Mellal in 2018. “I’m still traumatized. What happened to me is not easy to bear.”

Her story caused outrage in Morocco, with people demanding those responsible be brought to justice by using the hashtags #JeSuisKhadija and #JusticePourKhadija.

Okkaru’s lawyer, Ibrahim Hachane, told AFP on Wednesday Sep 22. that the court found the men, who were arrested in 2018, guilty of various charges including rape, kidnapping and forcible confinement.

Hachane said that he would appeal as he felt the verdicts were “not tough”, adding that suspects convicted of trafficking could be sentenced for up to 30 years in prison.

“The victim is still undergoing treatment and what she went through is going to be with her for the rest of her life,” Hachane said.

In 2018, Morocco’s government passed a law criminalizing violence against women including banning forced marriage and sexual harassment in public places.

However, rape victims in Morocco are often still blamed by the conservative Muslim society, according to the Guardian.