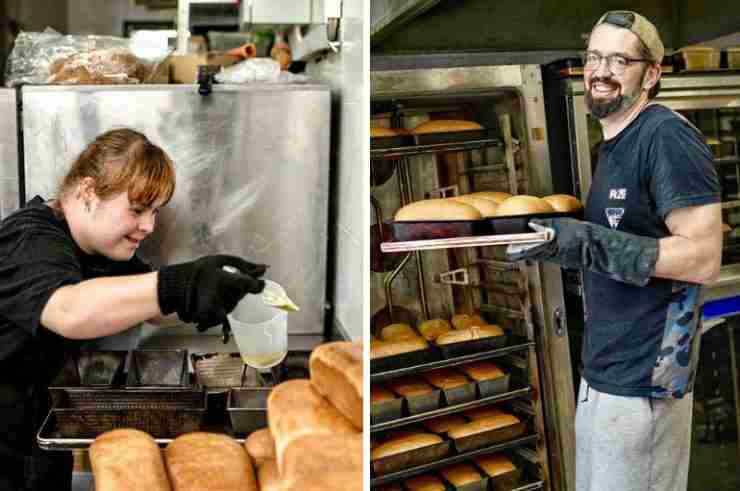 A bakery in Kyiv, Ukraine, comprised of staff with mental disabilities has been baking hundreds of loaves of bread every day and donating them to those in need during the war.

Founded by 26-year-old Vladislav Malashchenko in 2017 as a social business, “Good Bread From Good People” specialized in cakes and hot lunches before the war.

It also provided skills training for its staff.

But when Russia invaded Ukraine, everything changed.

Malashchenko called a meeting with his staff and they decided to stop selling to individual customers and bake bread for the public, the New York Times reported.

“I am not militant in my nature,” he told the New York Times. “But I can bake bread.”

The bakery began baking 400 to 800 loaves every day and distributing them to soldiers, police, hospital patients, residents at mental hospitals, elderly people and families with children who stayed in Kyiv throughout the invasion, CNN reported.

“Friends, we are currently not fulfilling orders,” its website reads. “Now we bake bread and cupcakes, which we give free of charge through volunteers to those who need it. Territorial defense, police, hospital and pensioners.”

It has since delivered more than 100,000 loaves of bread.

“We transformed from a bakery that didn’t make bread before to now making lots of bread,” the bakery’s communications manager, Alijona Martynenko, told CNN.

She said that the community has been donating flour and money for them to continue their work.

“Now, at this time of great need in Kyiv,” Malashchenko said. “We need to continue our work.”