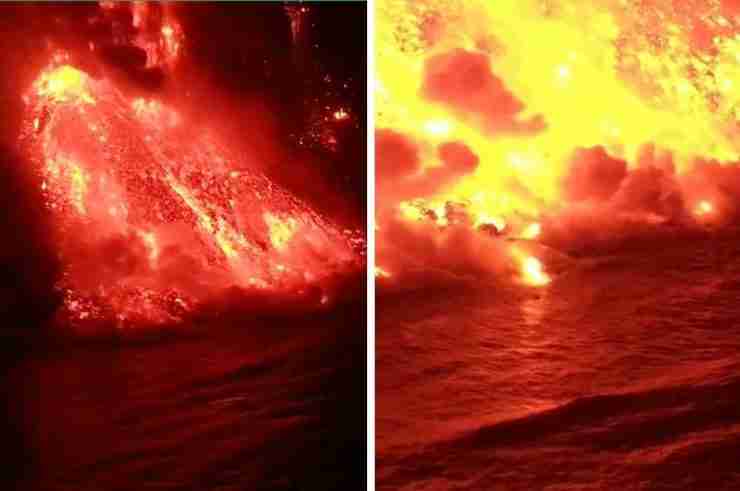 Following weeks of volcanic eruption from the Cumbre Vieja volcano of La Palma, one of Spain’s Canary Islands, lava started pouring into the ocean, forming a pyramid-like structure off the island’s coast on Wednesday Sep. 28.

Local authorities have warned citizens to keep their windows shut because toxic gases could be released when molten lava meets cold water.

Scientists also warned that there could be underwater explosions as a result of chemical reactions between lava and water, according to the New York Times.

Since the volcano first erupted on Sep. 19, over 6,000 residents have had to evacuate, and more than 1,000 homes were destroyed.

“It doesn’t look like it’s close to ending yet, because of the millions of cubic meters of lava that the volcano is throwing out,” Canary Island President Angel Victor Torres said, CNN reported.

While more lava solidifies, the pyramid-like structure off the island’s coast is expected to increase in size.

In the 1971 eruption on La Palma, the surface area of the island grew by about 5 percent, according to a volcanologist at Spain’s National Research Council, New York Times reported.

The Spanish government has pledged more than US$238 million to help the recovery of La Palma.