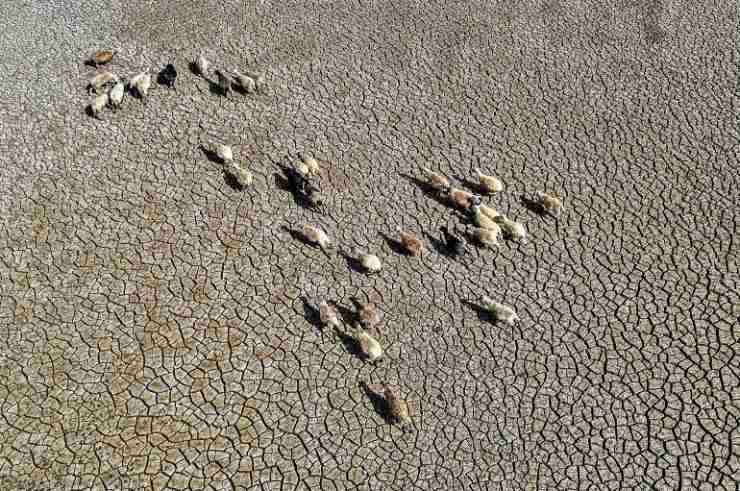 Lake Pozzillo, located in Sicily, southern Italy, is facing the worst drought in a decade.

Nearly 80% of the water has been dried up in the lake in Enna Italy, which is the largest artificial lake in Sicily.

On August 17, a photo showed a group of sheep walking on the dried, cracked land of the lake to find water sources.

A heatwave caused Sicily to report a high temperature of 48.8 degrees on Aug. 11, which may be the hottest on record in European history.

According to the World Meteorological Organization, the official temperature record in Europe is 48 degrees, which occurred in 1997 in Athens, Greece.

The heatwave has also caused wildfires all over southern Italy, including Sicily, Calabria, and Puglia, BBC news reported.

Wildfires along the Mediterranean coast spread frequently this summer.

The United Nations International Commission on Climate Change released an authoritative report on Aug. 9th, which warned that global temperatures are likely to rise by more than 1.5°C in the next two decades, which would result in extreme weather and widespread devastation.