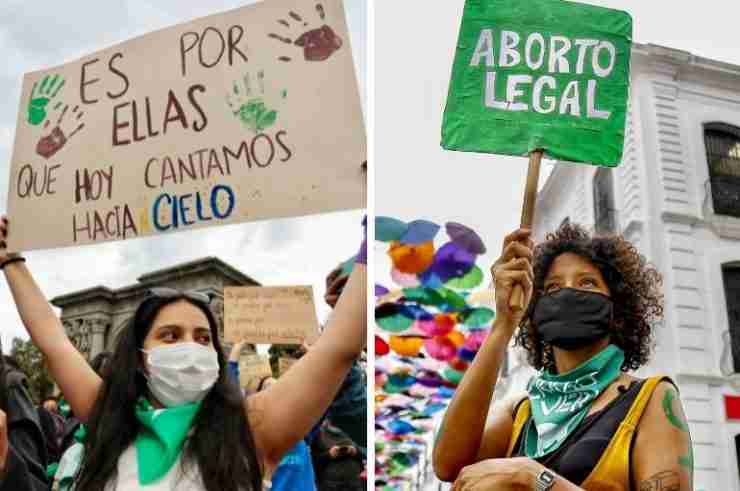 On International Safe Abortion Day on Sep. 28, thousands of women across Latin America took to the streets in mass protests to demand the right to safe and legal abortions.

Here are some of the protests that took place around Latin America.

Thousands of women in Latin America, which is predominantly Catholic, die each year from unsafe abortions.

⁣In countries like Colombia, abortion is currently only allowed in cases of rape, risk of life to the mother or birth defects.

In El Salvador, abortion is completely banned, even in cases of rape or when the mother’s life is at risk.

Argentina, Uruguay, Cuba and Guyana and some states of Mexico, including Mexico City, have legalized the procedure.And the green wave is spreading across the region.

Earlier in September, Mexico’s Supreme Court ruled that criminalizing abortion is unconstitutional in a watershed, paving the way for Mexico to become the most populous Latin American country to legalize abortion.

On Tuesday Sep. 28, Chile’s lower house of Congress also took a first step forward by agreeing to debate a bill that would decriminalize abortion for up to 14 weeks after pregnancy.