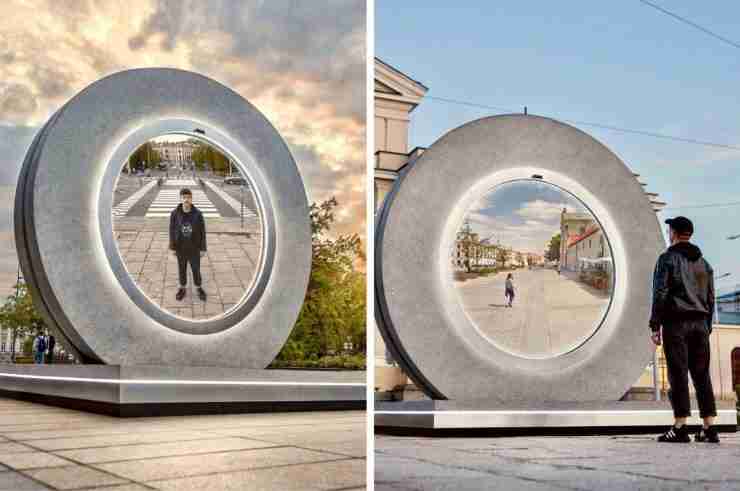 Benediktas Gylys, an artist based in Vilnius, Lithuania, has created a “portal” connecting Vilinus to Lubin, a city in Poland that allows people to see the other city in real time.

The portal, which have large screens and cameras that broadcast live footage of the cities, were erected on May 26 outside the Vilnius Train Station and Lubin’s Central Square, around 600 kilometers (375 miles) away.

Vilnius Gediminas Technical University’s Creativity and Innovation Centre (LinkMenu fabrikas), which built the portals, said they chose the shape of a circle to symbolize the wheel of time and because it was a well-known and recognized sci-fi symbol.

Organizers say they are looking to build more PORTALS in other cities with the goal of encouraging a public movement to unite different cultures and people.