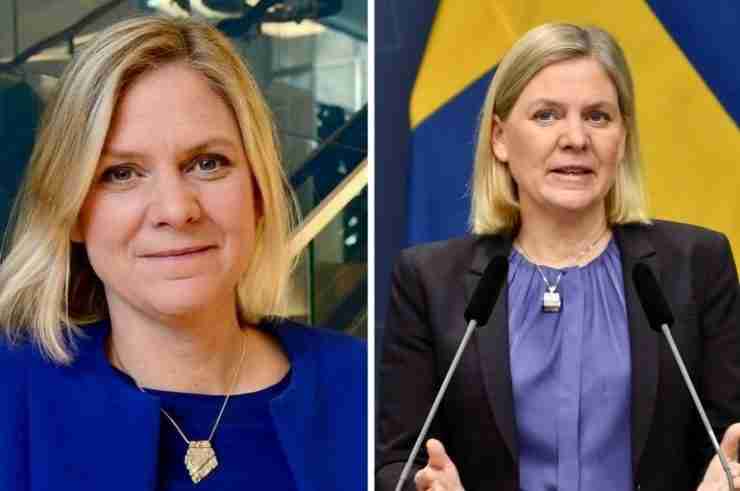 UPDATE: Magdalena Andersson, Sweden’s first woman prime minister, has resigned, just hours after she was elected by the country’s parliament.

She resigned after her coalition’s budget bill was rejected by the parliament, prompting the Green Party to quit the coalition and leading to its collapse. Andersson said she had told the speaker of the parliament she hopes she can be appointed prime minister against as the leader of a single party, rather than a coalition.

Andersson, Sweden’s finance minister, has been elected by its parliament as the country’s first woman prime minister.

The 54-year-old took over as the leader of the ruling Social Democrat party earlier this year and was elected by the parliament on Wednesday Nov. 24, receiving a standing ovation.

Although Sweden has advocated for gender equality, it has never had a woman lead its government, unlike in all the other Nordic countries of Norway, Denmark, Finland and Iceland.

She will succeed outgoing leader Stefan Lofven, who announced in August he was retiring as the leader of the Social Democrats, as well as the role of prime minister once a successor was elected.

A former Deputy Director General of the Swedish Tax Agency, Andersson holds a master’s in Economics from the Stockholm School fo Economics.

Andersson, who has served as the finance minister since 2014, received 117 votes from the parliament, with 174 votes against her and 57 abstentions.

Under Sweden’s system, a candidate for prime minister does not need the support of a majority, just not a majority against them.

She will formally take over as the prime minister after she meets with King Carl XVI Gustaf on Friday Nov. 26.