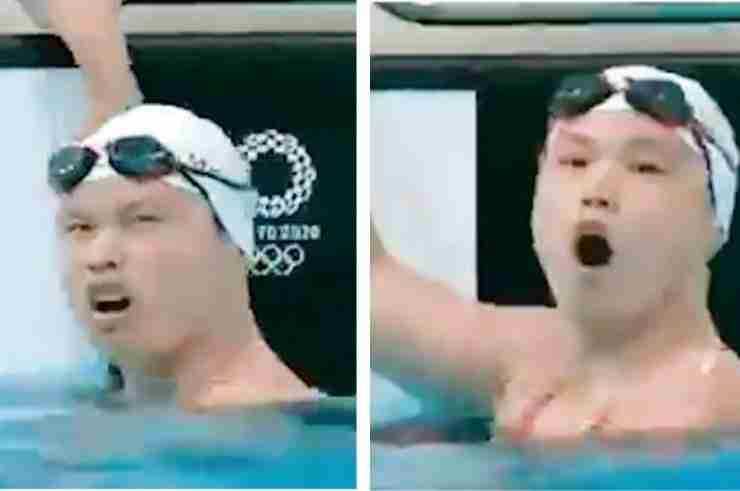 Canadian swimmer Maggie Mac Neil has gone viral for not realizing she had won gold at the Olympics because she wasn’t wearing her glasses.

After placing first in the women’s 100m butterfly on Monday July 26, Mac Neil, who doesn’t wear contacts when she competes, is seen squinting at the scoreboard, not realizing that she had won, before she is seen mouthing “Oh my god” in shock.

The 21-year-old had been trailing behind after the first lap but stormed her way to victory in the last 50 meters with a time of 55.59 seconds, setting a new record for the Americas.

“I had to squint pretty hard,” the 2019 World champion told the BBC. “I mean my vision has gotten worse since the World Championships where I still couldn’t see anything.”

“I heard my name called, so I thought I did something well,” MacNeil told Canadian outlet CBC after the race. “Then I turned around and was kind of scanning the scoreboard… I don’t think it’ll process for a little while.”

“Maggie Mac Neil not knowing what’s going on without her glasses will probably be the only time I ever relate to an Olympic athlete,” one person tweeted.

Mac Neil has medaled three times at the Tokyo Games including a silver in the 4x100m freestyle and a bronze in the 4x100m medley.