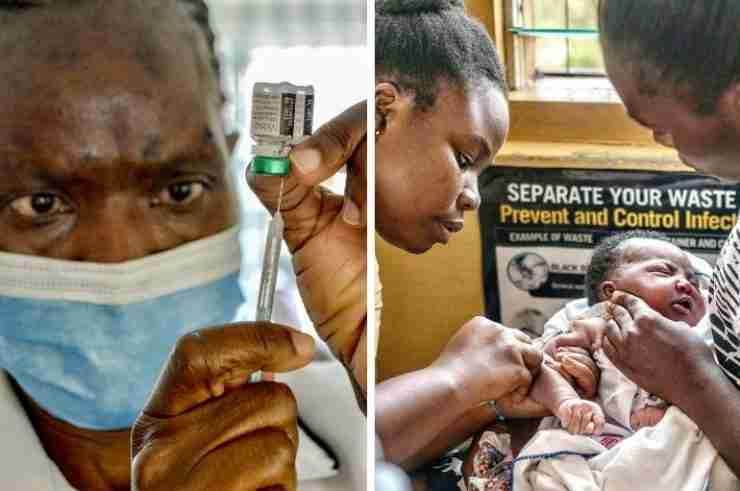 In a historic breakthrough, children in Africa will be vaccinated against the deadly disease of malaria.

The World Health Organization (WHO) said on Wednesday Oct. 6 that the world’s first malaria vaccine, developed by British pharmaceutical giant GlaxoSmithKline, will be rolled out across sub-Saharan Africa and in other regions, where the disease is rampant.

According to a WHO estimate, Malaria is even more deadly than COVID-19 in Africa.

Malaria, the oldest known disease, is caused by bites of infected mosquitos, and kills nearly 500,000 people each year. More than half of the deaths are children under the age of five.

94 percent of malaria cases and deaths occur in Africa, and fever, vomiting, and fatigue are all signs of infection.

The malaria vaccine – called RTS,S or Mosquirix – was approved for effectiveness six years ago.

Following clinical trials, more than 2.3 million doses of the vaccine were administered in Kenya, Malawi and Ghana as part of a pilot immunization program.

Results from the program showed that the vaccine was safe and relatively effective against severe malaria, targeting the most prevalent malaria parasite in Africa – plasmodium flaciparum, according to BBC.

The vaccine, which is also the first vaccine against any parasitic disease, has an efficacy of about 50 percent against severe malaria in the first year, dropping to close to zero in the fourth year.

Although the vaccine is not perfect, a study estimated that if the vaccine were distributed across countries with high malaria transmission, 5.3 million cases could be prevented each year.

“This is a historic moment. The long-awaited malaria vaccine for children is a breakthrough for science, child health and malaria control,” said WHO Director-General Tedros Adhanom Ghebreyesus.

In April, scientists at the University of Oxford in the UK developed another anti-malarial vaccine called R21/Matrix-Mat, which is 77 percent effective, in a year-long study involving 450 children in Burkina Faso.

It is still in the experimental stage.