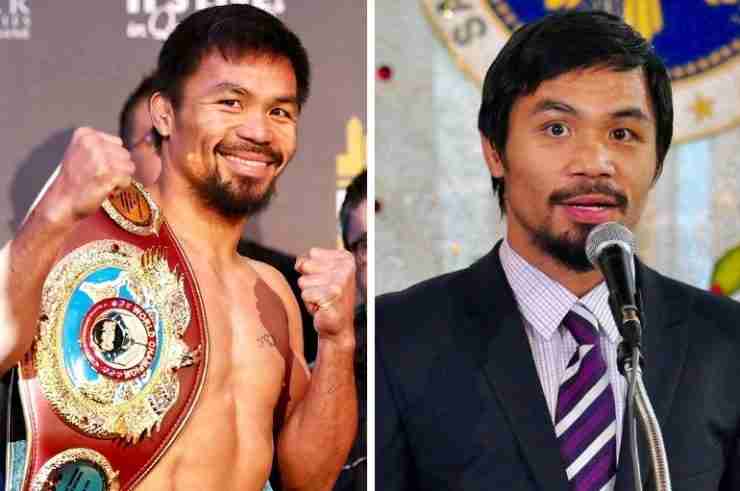 The Philippines’ most famous athlete, boxing star Manny Pacquiao has announced he is running in the country’s 2022 presidential election.

The 42-year-old, widely considered one of the greatest professional boxers of all time, has been a senator in the Philippines Parliament since 2016.

He is the only boxer in history has won major world titles in eight different weight classes and the only one to hold world championships across four decades – the 1990s, 2000s, 2010s and 2020s.

On Sunday Sep. 19, he was nominated by a faction of the ruling PDP-Laban party that he leads.

“I am a fighter, and I will always be a fighter inside and outside the ring,” Pacquiao said during the assembly, according to BBC.

Pacquiao’s nomination comes days after a rival faction of the PDP-Laban nominated current president Rodrigo Duterte as its candidate for vice president and Christopher Lawrence Go, a senator and longtime aide of Duterte as its presidential candidate.

Go declined the nomination, according to Reuters.

Duterte is barred from running for a second six-year term by the constitution, and many say his vice presidential bid may be an attempt to stay in power and avoid prosecution from the International Criminal Court, or ICC, which last week launched an investigation into his anti-drug campaign.

Earlier in the year, Pacquiao began to criticize Duterte, his former ally, accusing the government of corruption.

“I boldly accept the challenge of running as PRESIDENT of the Philippines,” Pacquiao wrote on Twitter. “We need progress. We need to win against poverty. We need the government to serve our people with integrity, compassion, and transparency. The time is now. I am ready to rise to the challenge of leadership.”

Pacquiao has won world titles in eight different weight classes. But he recently lost to a Cuban opponent and said he was considering retirement.

However, opinion polls show that he is trailing Duterte’s daughter Sara Duterte-Carpio.

She has said she won’t run if her father is seeking the vice presidential bid, according to the New York Times.

It is not clear which of the PDP-Laban factions will be recognized by the electoral commission, the BBC reported.