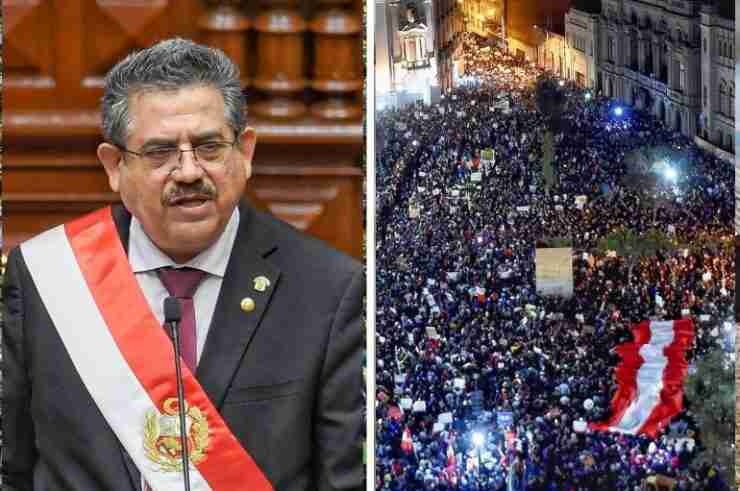 Peru’s interim president, Manuel Merino, has resigned after five days in office. He made the announcement on Sunday Nov. 15, after days of nationwide protests against the impeachment of the popular president Martín Vizcarra on Monday Nov. 9.

Tens of thousands of people, led by young people, filled the streets throughout the week in some of the largest protests in two decades in Peru, demonstrating against what they called a parliamentary coup to remove 57-year-old Vizcarra.

Vizcarra was impeached by the opposition Congress, headed by Merino, on Monday over allegations of corruption and accepting bribes, which he has vehemently denied. This was the second attempt to impeach him in just two months by the Congress, who are opposed to his attempts to overhaul the country’s political and judicial system, the New York Times reported.

On Sunday, 12 members of Merino’s cabinet resigned to protest his handling of the crisis. A few hours later, Merino announced his resignation in a televised address.

“I, like everyone, want what’s best for our country,” he said. He said he acted within the law when he was sworn into office as the president and that he had fulfilled his responsibility with “humility and honor” and that it was a challenge he “accepted and did not seek,” AP reported.