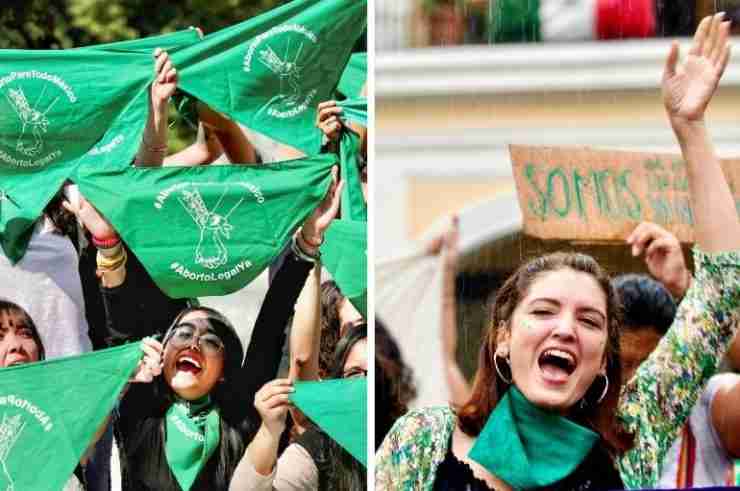 In a major victory for women’s rights, Mexico’s Supreme Court has ruled that criminalizing abortion is unconstitutional.

In an unanimous ruling, the ten judges voted to strike down a law in the northern state of Coahuila that criminalized the procedure, finding it unconstitutional.

The ruling means that courts all around the country will no longer be able to prosecute anyone who has an abortion as it violates the constitution.

Previously, abortion was only legal in Mexico City and three other states in Mexico, the world’s second largest Catholic country, except in cases of rape or when a mother’s life is in danger.

The decision, which comes after years of campaigning by women’s rights activists, now paves the way for Mexico to become the most populous Latin American country to legalize abortion.

The president of the Mexican Supreme Court hailed the ruling as “a watershed moment for all women, especially the most vulnerable,” according to Reuters.

Although the decision does not automatically make abortion legal, it does set a binding precedent for judges across the country, experts told the New York Times.

Women arrested for having an abortion can now sue state authorities to have the charges dropped, and women who are currently serving prison terms of having abortions will be released.

The ruling follows Argentina, which became the largest Latin American country to legalize abortion last year after a long push by women’s rights activists whose green handkerchiefs have since spread across abortion rights movements in Mexico and around the region.

Women’s rights groups in Mexico have been campaigning for the right to legal abortions for more than a decade, successfully pushing for its legalization in Mexico City in 2007 and decriminalization in Oaxaca, Hidalgo and Veracruz states.

Since then, the women’s rights movement has only gained momentum, as women increasingly take to the streets around the country to demand an end to gender violence.

Last year, an average of 10 women were killed in Mexico every day, according to government figures. More than 2,000 women were murdered in the first seven months of 2021 alone, the Guardian reported.

Mexico’s leftist president Andres Manuel Lopez Obrador, who forged an alliance with a small political party founded by Christian conservatives during his 2018 election campaign, has yet to comment.

“Due my presidential office, I can’t expose myself to wear and tear, so I have to look after myself, and this is quite a controversial issue,” he said when asked ahead of the vote.

Human rights groups have welcomed the decision, with the Information Group on Reproductive Choice (GIRE) hailing the moment as “historic.”

“We hope that throughout the country women and people with the ability to carry a child have the conditions and freedom to determine their reproductive destiny,” it said, according to the BBC.