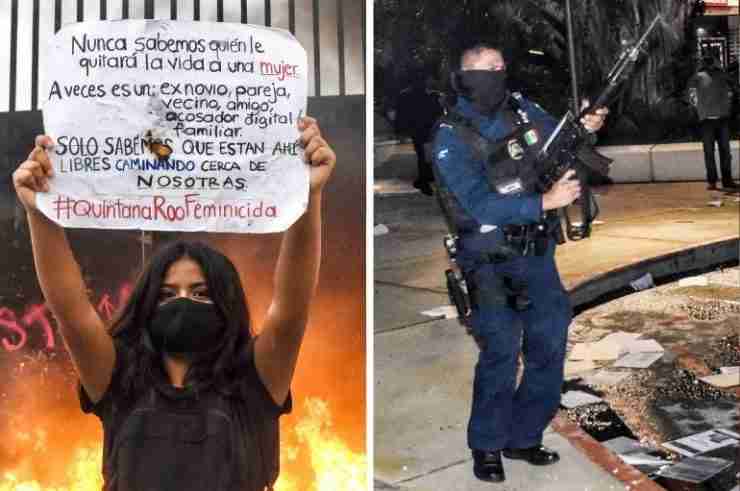 Police in Cancún, Mexico, have caused outrage after they opened fire during a protest women held against femicide on Monday evening, sparking further protests against police brutality as well as gender-violence in the following days.

Footage of the incident shared on social media showed a group of demonstrators trying to tear down plywood boards outside the city hall  to gain access before shots are heard, sending the protesters running for cover.

The incident left four journalists injured, with two reportedly suffering bullet wounds, and eight people detained, according to the Guardian. The protests broke out following the murder of 20-year-old Bianca “Alexis” Lorenzana, whose body was found mutilated in over the weekend, according to local media reports.

About 10 women are murdered in Mexico each day, according to 2019 data from UN Women, which has prompted frequent protests against gender-based violence and femicide.

The state governor Carlos Joaquín González condemned the police’s actions in a tweet, saying that he had given orders that there should be “no attacks and no guns” at the demonstration.

Joaquín told a local TV outlet that the local police chief had ignored his orders and instructed police to shoot into the air to disperse the protest, adding that the bullets were not rubber but live ammunition. He said he would be investigating the matter and that the chief of police should be suspended, the BBC reported.

Mexico’s interior ministry and the president have both called for a thorough investigation.