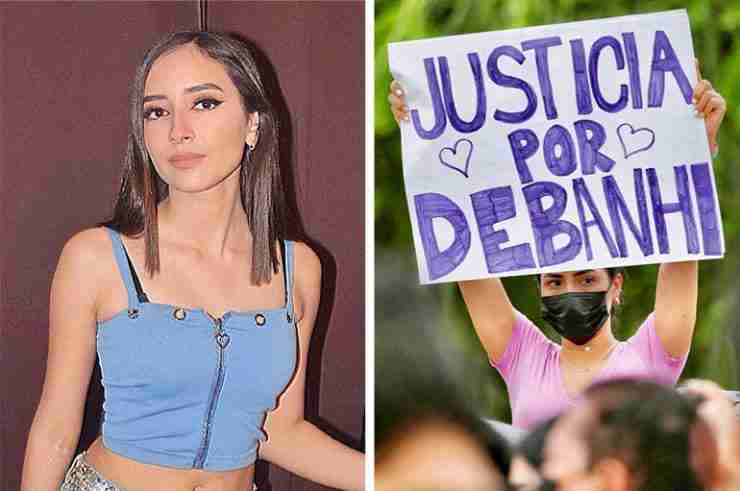 The disappearance and death of Debanhi Escobar, an 18-year-old law student in Mexico, has caused public outrage over the issue of persistent violence against women in Mexico.

In the early hours of April 9, Escobar’s friends had hired a private driver to pick her up after a house party, according to VICE. Escobar then got out the vehicle on the side of a highway but never returned home.

A photo of her snapped by the driver has become one of the last time she was seen alive.

The image, which went viral during the search for Escobar, shows the teen with her arms crossed in the middle of a highway at night on the outskirts of Monterrey, Nueva Leon.

At around 4:30am, CCTV footage showed Escobar asking for help at a transport company, and she was not seen again.

After 13 days missing, Escobar’s body was found on April 22 inside an abandoned underground water tank of a motel in the city of Escobedo, near where she was last seen alive.

Two motel workers had found her body after they noticed a foul odor coming from one of the four-meter deep water tanks.

Officials say the cause of death was a “profound contusion to the skull”, Reuters reported.

Authorities have yet to determine why Escobar exited the car, but her father, Mario Escobar, said the driver had tried to grope his daughter, citing video footage.

“My daughter is dead because of incompetent (authorities), and because of sexual harassers,” Mario Escobar, told local media, according to Reuters.

An investigation is ongoing, and the driver has been interviewed twice, an official told the New York Times.

Authorities handling of the case has fueled public anger, as it took almost two weeks for Escobar’s body to be found, despite the fact that the motel had been searched four different times, including with dogs that had been trained to find human remains, according to El País.

Escobar is the latest in a string of women disappearances in the area; 26 women and girls have vanished in Nuevo Leon this year, and five more have been found dead after they were reported missing, according to Reuters.

After Escobar’s body was found, Mexican president Andrés Manuel López Obrador was criticized for telling citizens there was no need to fear.

“This happens everywhere,” he said in a press conference, according to the Guardian.

The administration has often downplayed the gender violence crisis occurring in the country.

Protesters have taken to the streets to demand justice for Escobar and the other missing women, as well as an end to gender violence.

10 women are killed every day in Mexico, and 25,000 women are currently missing, according to official data.

More on Women’s Rights In Mexico