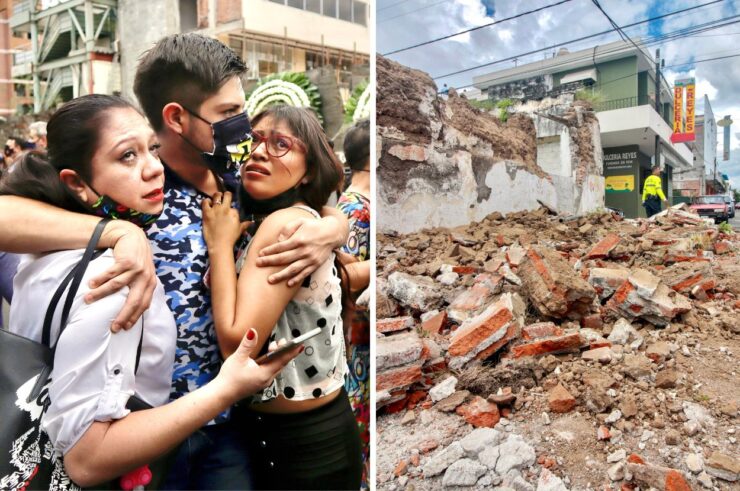 A magnitude 7.6 earthquake struck Mexico’s western coast on the anniversary of two previous quakes that killed thousands, an almost improbable event, according to scientists.

The quake struck around 1:00 pm local time on Monday Sep. 19, with an epicenter in the state of Michoacán.

An hour earlier, Mexico had held nationwide earthquake drills to prepare for disasters and commemorate the 1985 and 2017 quakes, which all happened on the same day, September 19th.

When people heard the earthquake alarm once again, some wondered if it was even real.

“I heard the alarm, but it sounded really far away,” a Mexican citizen told the Guardian.

Two people were killed in the disaster.

One person died after the a department store collapsed in the port city of Manzanillo, Colima. Another person was found dead at a mall, according to Reuters.

Some local governments reported damage to hospitals, but no major destruction was reported in the capital.

The US Pacific Tsunami Warning Center warned waves up to 3 meters could hit the coast, according to the BBC.

“It’s this date, there’s something about the 19th. The 19th is a day to be feared,” a business owner said, according to Al Jazeera.