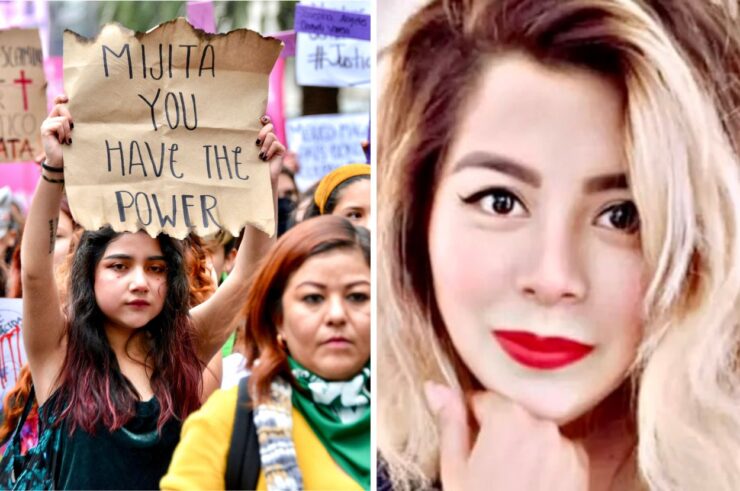 People have gathered around the Reclusorio Oriente prison in Mexico City, Mexico, to demand that the alleged murderer of a woman receives the maximum penalty.

On February 9, 2020, 25 year-old Ingrid Escamilla was stabbed to death after an argument with her partner, Francisco Robledo.

Authorities arrested Robledo after finding him near her body and covered with blood, according to BBC.

Public outrage increased after pictures of the Escamilla’s body were leaked on social media and even published on the front pages of some newspapers.

At least six police officers and prosecutors were investigated for leaking the gruesome images.

In March 2022, Mexico’s lower house approved a reform to the Penal code called Ingrid Law, which aims to sanction public servants with 10 years in prison for the improper distribution of photos and images of victims, especially women.

Previously, certain states such as the state of Mexico, Mexico City, Oaxaca, and Colima had approved similar sanctions, but with lower penalties.

But two years since her death and after 25 hearings, the court has still yet to announce a sentence against Robledo.

Family and friends of Escamilla and women’s rights groups had gathered in support of the victim on Sep. 5, when a sentence was expected.

The women’s rights group Antimonumenta Vivas Nos Queremos had called upon other feminist collectives to demand through peaceful protest the maximum penalty of 70 years towards the accused.

However, the sentence was postponed until October 12 due to “technical incidents”, according to Escamilla’s lawyer.