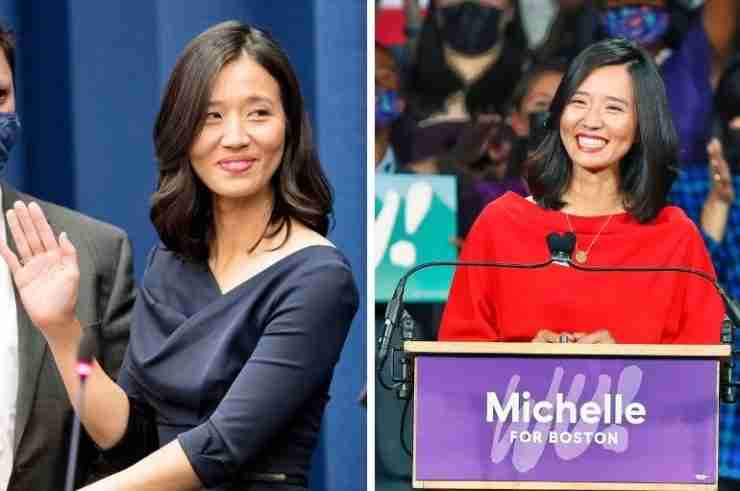 Michelle Wu has been sworn in as Boston’s first woman and Asian-American mayor on Tuesday Nov. 16.

The daughter of Taiwanese immigrants, the 36-year-old made history on Nov. 3 when she defeated fellow Democrat Annissa Essaibi-George, thus ending the city’s almost 200-year history of electing only white men.

“From every corner of our city, Boston has spoken. We are ready to meet this moment. We are ready to become a Boston for everyone,” Wu said after her victory. “I want to be clear, it wasn’t my vision on the ballot, it was ours, together.”

Running on a Democratic progressive platform, the new mayor previously served as the president of the Boston City Council, the first Asian American woman to hold the position.

With a campaign focused on equity, Wu is advocating for fare-free transit and rent control to stabilize Boston’s housing costs. She has drafted proposals for education equity and a city-level Green New Deal agenda.

“So many of us have known our whole lives what it feels like to be both invisible and also always sticking out, but not seen for the person you are, and judged and discriminated against simply because of appearance,” Wu said, adding it was time to speak out and break the cycle.

“After all, Boston was founded on a revolutionary promise: that things don’t have to be as they always have been. That we can chart a new path for families now, and for generations to come, grounded in justice and opportunity,” she said after being sworn in.