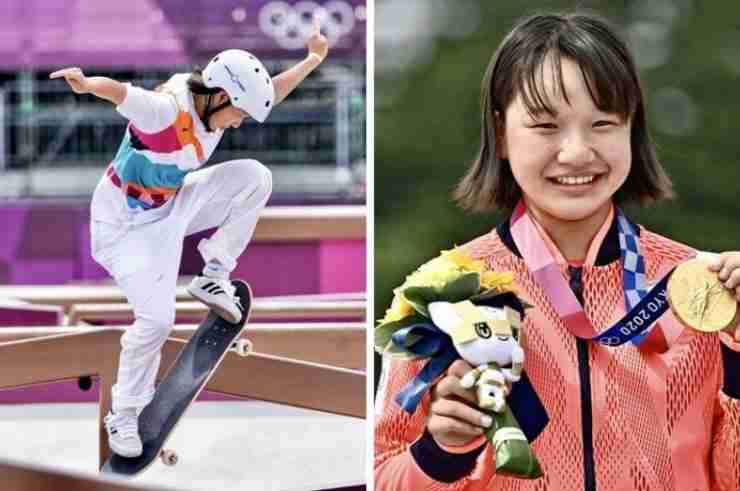 13-year-old Japanese skateboarder Momiji Nishiya has won the first ever Olympic gold medalist in women’s street skateboarding, one of four new sports added to the Olympics program at Tokyo.

In her – and the sport’s – Olympic debut, Nishiya skated to the top of the podium in her on Monday July 26.

Despite a shaky start with falls on her first two attempts, Nishiya bounced back in style to clinch the lead.

“I didn’t think I could win, but everyone around me cheered me on so I’m glad I was able to find my groove,” she said after her victory.

The host country is off to a great start with gold medal sweeps in the sport. Yuto Horigome won the men’s title on Sunday.

Skateboarding was added to the Olympics program by the International Olympic Committee in 2016 along with baseball/softball, karate, sports climbing and surfing, which will also debut at the Tokyo Olympics.