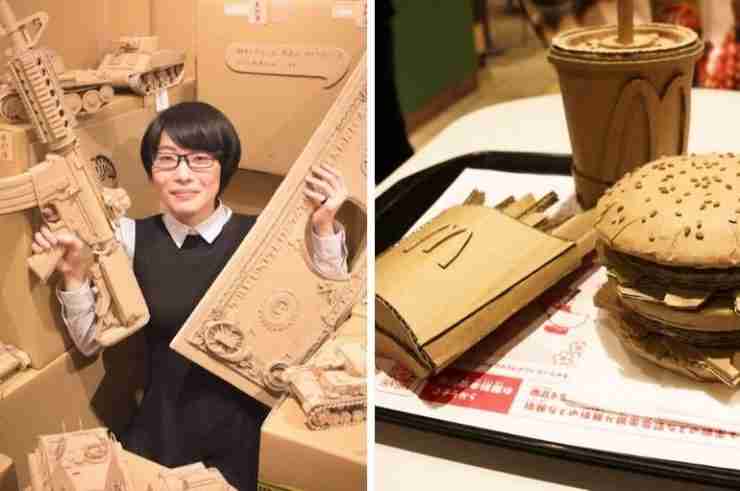 Monami Ohno, a woman in Japan, has created over 200 sculptures made only from cardboard and glue – and sometimes a few drops of water.

Her process isn’t as complicated as one would think. First, she draws a rough sketch on the cardboard to get an idea of the measurements, before cutting out the design and moulding it using glue.

“Ten years ago, when I was attending college, I dismantled a cardboard box for a piece of homework. The first thing I made at that time was a bike-like thing, and I wasn’t able to do it as successfully as I can now, but when I first tried folding the paper, gluing them and putting them together, the people around me praised me, saying things like ‘wow, you can make this,’ and that made me so happy that I have continued doing this (style of sculpture) until now,” she told Reuters.

Her creations have been displayed in galleries around Japan and overseas, and have featured Godzilla, tanks, fighter planes, McDonald’s food items and many other pop culture inspired designs.