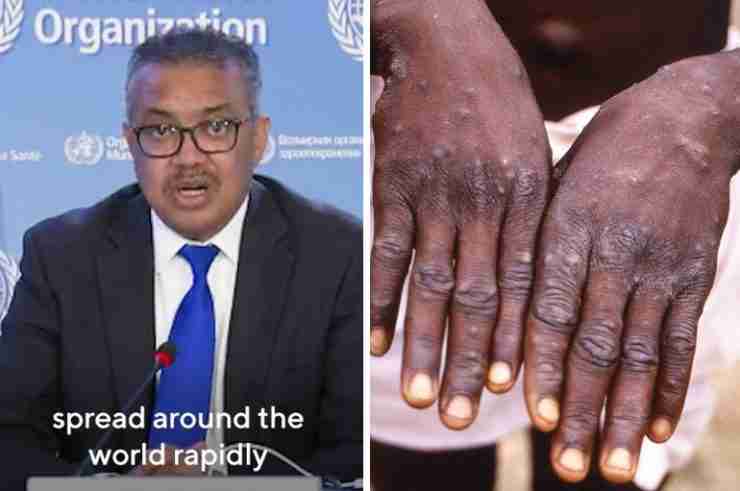 It is the WHO’s highest alert and signifies that a global coordinated response is required to prevent the virus from escalating further.

More than 16,000 cases of monkeypox has been reported in over 70 countries this year, with five deaths in Africa, according to WHO data.

Confirmed cases have ballooned 77% in just the last few weeks, with more than 80% of confirmed infections in Europe, according to WHO data.

Monkeypox spreads through close skin-to-skin contact and can cause flu-like symptoms and painful rashes that look like pimples or blisters to spread over the body.

First discovered in captives monkeys used for research in Denmark in 1958, the first human infection of monkeypox was in 1970 in the Democratic Republic of Congo, and it has been a concern in some African countries, according to the New York Times.

The majority of the reported cases of monkeypox outside of Africa are men who have sex with men, according to a WHO statement.

Many in the LGBTQ community have said that the virus has not received adequate attention, which also happened in the early days of the HIV epidemic, the New York Times reported.

Though vaccines and antivirals exist to combat the disease, demand is currently greater than supply and there is no data yet on how effective vaccines are against monkeypox in this current outbreak, according to the CDC.

WHO committee members had convened on Thursday to discuss the level of recommendation but did not reach an unanimous decision, requiring WHO Director General Tedros Adhanom Ghebreyesus to step in to classify the alert.

“We have an outbreak that has spread around the world rapidly, through new modes of transmission, about which we understand too little,” Tedros said.

The WHO has stressed that anyone can catch monkeypox regardless of their sexual orientation.

“Stigma and discrimination can be as dangerous as any virus,” Tedros said. “We seek your strong commitment to uphold human dignity, human rights so that we can control this outbreak.”

The last time the WHO issued a global health emergency was in the wake of the COVID-19 outbreak in January 2020.

The alert can lead member countries to invest resources and funding into controlling the outbreak and also calls on nations to share vaccines, treatments and other resources, according to the New York Times.