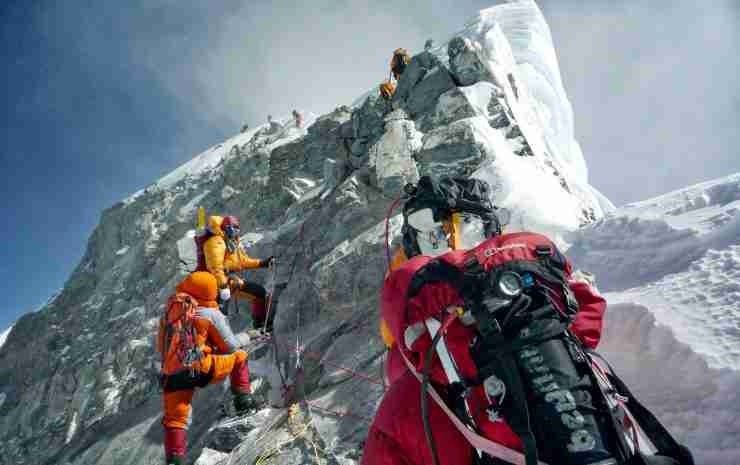 This is the first time that China and Nepal have agreed on the height of the world’s tallest mountain, which stands on the border between the two countries, with climbers scaling it from both sides.

Nepal had previously been using an official height of 8,848 meters (29,028.87 feet) based on the Survey of India conducted in 1954 that included snow lying in the rock summit pyramid.

However, China conducted its own measurement in 2005 and determined that the rock height of the summit was 8,844.43 meters (29,017 feet), which is nearly 4 meters (11 feet) lower than the 1954 estimate. In a sign of their increasingly warm relations, Chinese president Xi Jinping and Nepal’s president Bidya Devi Bhandari agreed last year when Xi visited Nepal’s capital that the two countries would jointly re-measure the mountain.

Both countries then sent teams to climb the mountain, using GPS and trigonometry to settle on the final measurement. In a virtual press conference on Tuesday, Nepal’s foreign minister said Everest was “an eternal symbol of the friendship between Nepal and China.”

Scientists say that as the Indian plate slips under the Eurasian plate, it is lifting up the Himalayas, which in turn is making Everest taller, the New York Times reported.

However, earthquakes can reduce the height of the peaks.