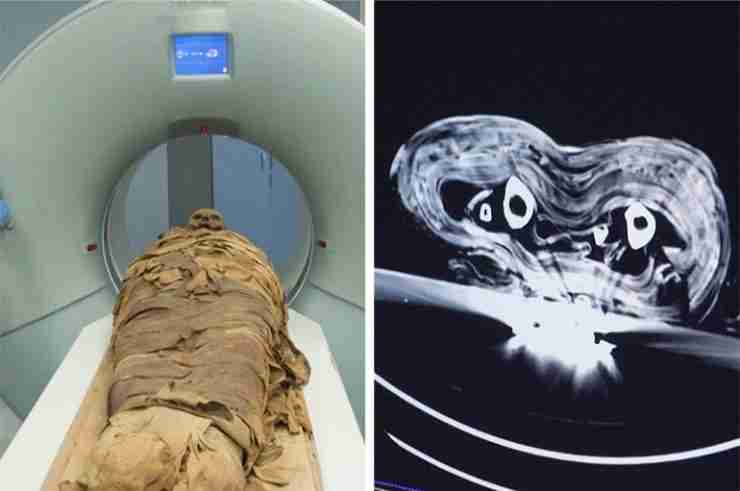 An Italian hospital has performed a CT scan on an Egyptian mummy to identify what he looked like, how he lived and how he died.

The mummy was transferred from Bergamo’s Civic Archaeological Museum to the Policlinico Hospital in Milan as part of the project “A Mummy to be Saved”.

“It’s a sort of virtual autopsy. We can do a sort of fly through inside the mummy so we can study the mummy, we can reconstruct the life and the death of this person,” Sabina Malgora, the director of the project, told Reuters.

The research team also carried out chemical and physical analyses to understand what materials were used for the mummification.

“The mummies are practically a biological museum, they are like a capsule of time and this is something that we understood,” Malgora said.

The mummy is believed to be a priest called Ankhekhonsu, meaning ‘the god Khonsu is alive’, as the name was written five times on the sarcophagus, which dates back to the 22nd dynasty, between 900-800BC.

“We are not sure exactly if this mummy is really the priest, because in the past with the antiquity market, [it] was quite frequent to associate a mummy to another coffin,” Malgora said.

The face of the mummy will also be the subject of a forensic reconstruction by Milan’s Policlinico Radiology team who will give the mummy back its appearance and allow experts to study its physiognomy, Reuters reported.