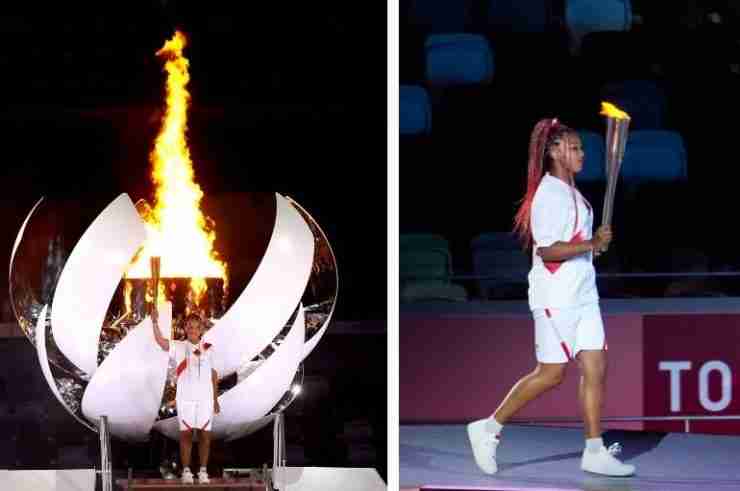 Japanese tennis star Naomi Osaka lit the Olympic cauldron at the opening ceremony of the Tokyo Games on Friday July 23, kicking off the delayed Summer Games.

The 23-year-old four-time Gland Slam winner was speculated to have been chosen for the honor of lighting the cauldron after organizers requested her first match set for Saturday July 24 be delayed to Sunday.

At the end of the opening ceremony, Osaka carried the torch up a pyramid of steps that had been designed to resemble Mount Fuji and lit the cauldron, before fireworks concluded the ceremony.

“Undoubtedly the greatest athletic achievement and honor I will ever have in my life,” Osaka tweeted after the event. “I have no words to describe the feelings I have right now but I do know I am currently filled with gratefulness and thankfulness.”

This was Osaka’s first major public appearance after she withdrew from the French Open and took a break for her mental health.

Other torch bearers at the ceremony included Japanese baseball legends Sadaharu Oh and Shigeo Nagashima, Paralympian Wakako Tsuchida, key workers and students from the Tohoku region, where the devastating earthquake and tsunami of 2011 occurred.

The modest yet thoughtful opening ceremony played to an empty stadium, setting a quietly hopeful tone to the start of the Games.