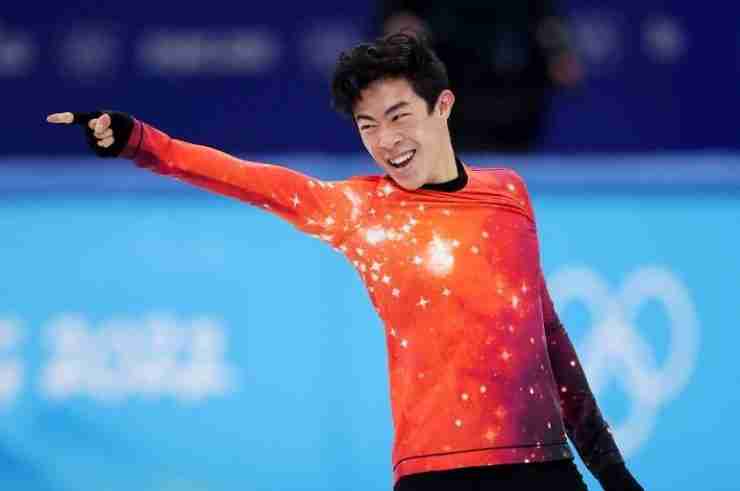 Chinese American athlete Nathan Chen has cemented his status as the world’s best male figure skater after he took home gold for Team USA in men’s figure-skating in Beijing.

Leading after the short program where he set a new world record with a score of 113.97, the three-time 22-year-old World Champion cinched his victory two days laters after an exceptional free skate that included 5 quad jumps set to an Elton John medley.

In doing so, Chen fulfilled a hard fought four-year quest for redemption after a disastrous short program during the 2018 PyeongChang Games that dropped him out of medal contention.

“He deserves it,” fellow Team USA skater Jason Brown, who finished in sixth, said. “I’ve gotten to compete with him over the last four years – at all the world championships, every national championship, the Grand Prix. There is no one more deserving. He worked so hard. He’s so unbelievably talented. I’m so proud to be a teammate.”

Though lauded in America for his achievements, the six-time US national champion has been labeled a “traitor” and “too white” on Chinese social media platform Weibo.

Chen is one of three US-born athletes of Chinese descent, along with Eileen Gu and Zhu Yi, who have garnered intense social media attention in both the US and China during the Beijing Games, albeit for different reasons.

Resentment for his seeming agreement with ice dancer Evan Bate’s comments about China’s human rights record during an US Olympic and Paralympic Committee media event back in October has resulted in hostile and nationalistic vitriol.

Chen, however, has managed to stay above the attacks, showing gratitude to his family and appreciation of the Games.

“It means the world to be able to be here. My mom grew up in Beijing… And of course, my dad spent a lot of time in Beijing as well,” he said after his gold medal win.