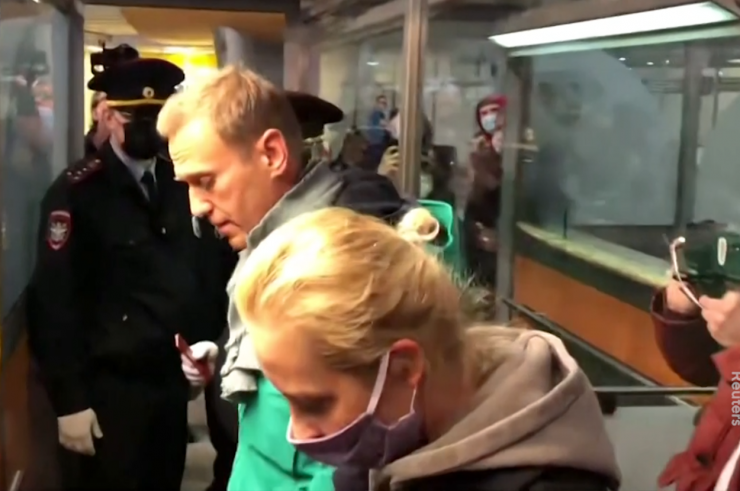 Alexei Navalny, the main Russian opposition leader, has been jailed for 30 days, pending a trial, after he was arrested upon his return to Moscow from Berlin on Sunday Jan. 17.

The 44-year-old had been receiving treatment in Germany, having been flown there in August last year after he almost died from being poisoned by a military-grade nerve agent in a suspected attack by the Kremlin. The Kremlin has denied any involvement.

Navalny was detained by police officers at passport control at Sheremetyevo Airport after landing on Sunday and taken into custody at a police station.

The next day, a rushed court hearing was held in the police station, with the judge sentencing Navalny to 30 days in prison, pending a trial for violating a suspended prison sentence.

In a video shared on social media, Navalny called the hearing “lawlessness of the highest order,” and his aide who posted the video online said that only journalists from pro-Kremlin outlets were allowed to attend the hearing.

The decision has been condemned by the United Nations, Western nations and human rights organizations, who have called on Russia to immediately free Navalny.