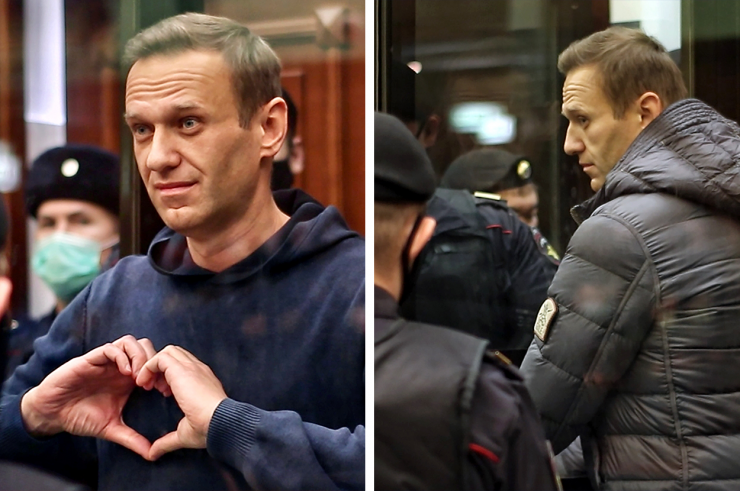 Russian opposition leader Alexei Navalny has been sentenced to two years and eight months in prison after he was arrested upon returning to Moscow from Germany in January.

The 44-year-old had been seeking treatment in Berlin for a near-fatal military-grade nerve agent poisoning from a suspected attack by the Kremlin since August last year.

He was arrested police officers at passport control at Sheremetyevo Airport on Jan. 17 and taken into custody at a police station. The next day, in a rush court hearing, he was sentenced to 30 days in prison, pending a trial for violating a suspended prison sentence.

His arrest sparked massive protests across the country, with police arresting more than 3,000 protesters in some of the largest demonstrations against Russian President Vladmir Putin in years.

On Tuesday Feb. 2, he was found guilty of violating the suspended sentence for alleged embezzlement and sentenced to 3.5 years in prison. As he had already served 10 months of that sentence under house arrest, he received a total jail sentence of two years and eight months.

Prior to the verdict, Navalny traced a heart on the glass in his box to his wife Yulia Navalnaya, who was seated in the front row of the visitors’ area.

Navalny’s lawyers said they would be appealing, Reuters reported.

The decision again sparked mass protests in Russia, with police arresting more than 1,000 protesters across the country, the Guardian reported, citing OVD-Info, an activist group that monitors protest detentions.